Warning: "continue" targeting switch is equivalent to "break". Did you mean to use "continue 2"? in /nfs/c06/h01/mnt/88637/domains/blog.irockcleveland.com/html/wp-includes/pomo/plural-forms.php on line 210
 I Rock Cleveland I Rock Cleveland | The Rockometer: Allelujah! Don’t Bend! Ascend! by Godspeed You! Black Emperor 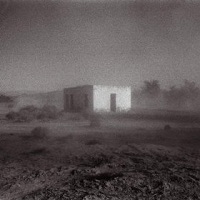 At its most poignant, the triumphant post-rock of Godspeed You! Black Emperor, equally influenced by classical music, metal, the avant-garde, punk rock, and the members’ own anarchistic ideals, had the ability to raise the despondent to levels of sublime grace. Through four albums from the late ’90s and early ’00s, they provided a soundtrack to those bewildered by the ills of modern life and its conflicts, both wide-ranging and personal, and made each man a hero, or anti-hero, as was the case with the conspiracy minded narrator of “BBF3,” from the album Slow Riot for New Zero Kanada.

Now back after an extended hiatus, the Canadian collective return with Allelujah! Don’t Bend! Ascend!, an album of two long compositions, each stretched over an LP side, and two shorter drones on either side of a 45. The liner notes instruct the listener to progress A1, B1, A2, B2 to match the sequencing of the digital and compact disc editions.

Known from their live sets as “Albanian”, “Mladic,” the first of the two long compositions, offers the listener no escape from 2012 and its drone strikes, wars, technological overreach and political tomfoolery. Instead, this tug of war between East and West, which shares a name with the accused war criminal, Ratko Mladic, a man who is alleged to have played a major role in the ethnic cleaning of thousands of Bosnian Muslims during the Bosnian War at an event now referred to as the Srebrenica Massacre, levels all hope.

The quaint folk Middle-Eastern folk melody which opens “Mladic,” is unceremoniously pushed aside by ominous percussion keeping time for marching feet, and the pained screeches and ragged distortion of mishandled guitars. A forceful melody arises from both the guitars and the string section and those screeches are now colossal power chords. Never overwrought and never uncomfortable, the darkness is still complete. There is no hero and no redemption. Mladic is not one to be honored and the band who cheekily refer to themselves as “God’s Pee” in the liner notes have no side in wars fought along ethnic and religious lines. Instead, “Mladic,” communicates the dread of humanity’s last best chance at peace being fucked by hucksters and frauds.

Conversely, “We Drift Like Worried Fire,” plays closer to Godspeed’s established paradigms of good versus evil, soft versus loud, and majesty versus despair as mournful strings and solitary notes are first staggered, then shared and spun between instruments. A slow build produces three, four, maybe more competing melodies until a static charged guitar takes the lead and raises a single melody higher and higher to a place where all players converge on a single theme. The shocks of terror, so present on “Mladic,” now provide encouragement and strength. Beautiful, powerful, and moving, a short lull where the strings again weep and the drummers again beat a march of war, is but a segue to a second ecstatic suite. Guitars are now gripped for sharp chords, the strings spring back to life and the percussion hits in double time as the band builds for a grand, cosmic exit. This is Godspeed You! Black Emperor at its best.

Allelujah! Don’t Bend! Ascend! is Godspeed reformed, refocused and at its best. Even if the two drones are packaged separately, almost to be overlooked, they play a crucial role, too. During life’s greatest accomplishments and its most crushing defeats, one must remember to breathe. Five minutes of white noise between two, grand, epic, twenty minute symphonies provide such moments of respite from the heaviness of “Mladic,” and the triumph of “We Drift Like Worried Fire.” 9 out of 10 on The Rockometer