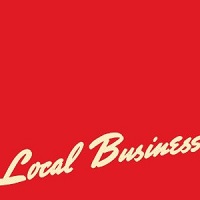 Are you familiar with the concept of an earworm? It’s a simple concept, really. An earworm is a song that gets stuck in the listener’s head after one play and refuses to go away. They’re nasty buggers. No one of their own volition walks around to the tune of “Who Let’s the Dog Out.” People who do choose such a life inevitably find themselves behind bars. Jerry Sandusky? The Penn State molester let the dogs out. So did, James Holmes, the batman shooter, and Republican presidential candidate Mitt Romney, too.

The point being, and I do have a really good point, is that there’s a particularly nasty earworm waiting for you on this new Titus Andronicus record and it hits at the two minute mark of the 2nd song, “Still Life with Hot Deuce on a Silver Platter,” itself, a rambunctious take on the workingman rock of Bruce Springsteen and the E Street band. From the second minute, and for the next minute-and-a-half, the lyrics consist entirely of, “Here it goes again/I heard you took it to another level.” In that minute-and-a-half, the phrase is repeated some twelve times. By the end of that minute-and-a-half, “I heard you took it to another level,” is painfully etched into your skull. It won’t go away. You can try humming “Don’t Worry be Happy.” It won’t kill this earworm. You can try the “Macarena,” too, but it’s no use. You’re stuck taking it to another level.

The irony is, in the process of mocking those trust-funders who play poor with ripped t-shirts; In mocking internet culture and its cat videos and the people that make them; In mocking the dudes who just heard Neu! and are now starting a band, Titus Andronicus have become as obnoxious as Pizza Hut and their next level pizza with a sausage stuffed crust. I do not want to hear your band. I do not want to see your instragram. I do not want your image meme. I do not want your high five for irony. I’m totally cool on my current level, and totally cool never hearing this album ever again. 2 out of 10 on The Rockometer.