Warning: "continue" targeting switch is equivalent to "break". Did you mean to use "continue 2"? in /nfs/c06/h01/mnt/88637/domains/blog.irockcleveland.com/html/wp-includes/pomo/plural-forms.php on line 210
 I Rock Cleveland I Rock Cleveland | The Rockometer: S/T by OBN IIIs

The Rockometer: S/T by OBN IIIs 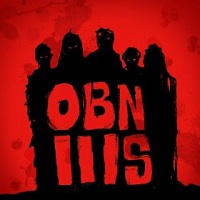 With a sound faithfully schooled in MC5, The Stooges and the New York Dolls, then fine tuned from too many stops in garage and punk bands in Austin and Denton, Texas to count, the OBN III’s may be unlikely saviors of Rock ‘N’ Roll. Hell, they may not be thinking past their next gig. But, one thing’s for sure: They sure have a strong opinion on how Rock ‘N’ Roll should be played.

Throughout their self-titled, second album, the two guitar leads trade speedy, blues rock riffs through bar room brawls and white knuckle rides while front man, Orville Bateman Neeley, a take no shit kinda guy with a coarse voice in constant need of lozenge, barks orders. During “No Way to Rock ‘N’ Roll,” Neeley instructs “Let’s Go!” “Back to the Beginning!” “Double solo, my friends!” And that double solo rambles, but never veers, and wails, but doesn’t panic. It follows Neeley, Ron Asheton, and Johnny Thunders for no more than a few seconds, and then it’s back to business. Accomplished would be a good adjective. So would totally fuckin’ righteous.

Meanwhile, songs like “You Wanna Bitch,” “No Way to Die,” “Nicky the Knife” feel spontaneous, as if the band walked into the studio and rocked out and those songs just came out. Someone, thankfully, remembered to press record. For a change of pace, the slow build of soul groove “Stick and Move,” riffs at the intersection of psychedelic rock and ’70s R&B, both smooth and foreboding, and, not coincidentally at all, acts as another salute to Iggy and the boys. Later, another theme emerges, besides throw downs, of jams and punches: Paranoia. Both “CCTV” and “Off the Grid” merge this old time style with newfangled worries about digital surveillance and technological overreach.

Make no mistake, any one not named Jon Spencer of the fabulous Jon Spencer Blues Explosion who has the balls to call out others on the proper way to rock better be worried, ready, and able to defend themselves on record and on stage, else, they run the risk of being a sad parody of a band. Well, that’s if the OBN III’s even give a shit about your opinion. One gets the feeling after these 40 minutes that their priorities truly lie elsewhere, like, the next solo. “Alright, Jason, move those jaws,” Neeley commands. Killer follows. Others can take notes. 9 out of 10 on The Rockometer.