Warning: "continue" targeting switch is equivalent to "break". Did you mean to use "continue 2"? in /nfs/c06/h01/mnt/88637/domains/blog.irockcleveland.com/html/wp-includes/pomo/plural-forms.php on line 210
 I Rock Cleveland I Rock Cleveland | The Rockometer: King Animal by Soundgarden

The Rockometer: King Animal by Soundgarden 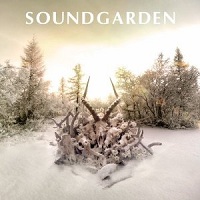 There was a phrase, rather a song title, from the peak of grunge in the early ’90s used to describe tracks like those found on Soundgarden’s comeback album, King Animal: The “Radio Friendly Unit Shifter.” Not that Chris Cornell and company exactly shied away from writing hits on their latter albums the first time around. Songs like “Black Hole Sun” and “Fell on Black Days,” from the group’s 1994 breakthrough, Superunknown, were unit shifters, plain and simple. They distilled what made the band great — large, no Zeppelin-esque, guitar solos fit for longhairs of any generation, odd time signatures and unexpected melodies, and Chris Cornell’s commanding vocals with crazy range, into a more consumer friendly format. No longer extreme, to borrow a buzzword from the day, Soundgarden seemed both capable and content with their new found stardom. And who can blame them, really. Being influential kings of the scene doesn’t pay as many bills as being on commercial radio and MTV. Ask Mudhoney.

All pragmatism aside, did Cornell, Thayil, Matt Cameron, Ben Shepherd really go back to the studio just to reminisce about that time they found the perfect mid-tempo?  You know, the one not too slow, not prom dance for the shaggy, stoned and disaffected slow, but not so fast, either, as to scare away any potential new fans. For all the times this band absolutely kicked ass, on “Jesus Christ Pose” and “Rusty Cage,” inflicting young ears with both passion and pain, with riffs lifted straight from the pits, did they really come to the group decision that those iconic guitar melodies would be better suited to the fringe of the mix?

On this, the comeback album, Soundgarden could have done whatever the hell they wanted to do; They could have dabbled in modern heavy styles like doom, drone, or even black metal, and those fresh from the ecstasy of the reunion shows would have given them the benefit of the doubt and the benefit of dollars from their wallet to relive that feeling; Not just the feeling of seeing and hearing Soundgarden on MTV, after grunge broke and heavy rotation became the goal, not a coincidence, it was an all too common experience to generate any real excitement, but that feeling and that notion that the music business could be coopted from the inside and Seattle could help usher in a new era of classic rock. Instead, King Animal sounds like 13 attempts at re-recording “Black Hole Sun.” It’s close enough to the original to raise hopes, especially lead single, “Been Away Too Long,” but ultimately flat, uninspired, and unimaginative in the got-nothing-to-left-to-prove-so-why-try-to-make-a-point-now way only a band who has been to the top can be.  4 out of 10 on The Rockometer.

VIDEO: Soundgarden – Been Away Too Long