Warning: "continue" targeting switch is equivalent to "break". Did you mean to use "continue 2"? in /nfs/c06/h01/mnt/88637/domains/blog.irockcleveland.com/html/wp-includes/pomo/plural-forms.php on line 210
 I Rock Cleveland I Rock Cleveland | Play Me: “Borrowed Time” by Parquet Courts 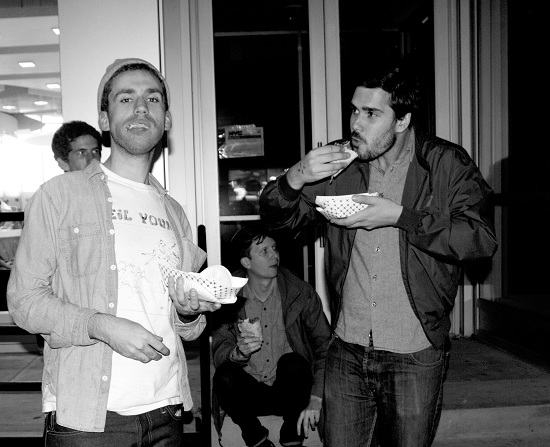 Like Australia’s Eddy Current Suppression Ring, the New York via Texas band, Parquet Courts, have a rock history problem. Not too concerned with how garage rock, punk, and post-punk fit into Rock ‘N’ Roll’s timeline, they just went ahead and combined their impressions of all three movements into one tangled mass. On a song like “Borrowed Time,” you get the energy of early garage rock, the strong melodies of NYC punk, and the relatively tight instrumentation of post-punk. Relative is the key word here, for when a two-and-a-half minute jam comes across so expertly and with so much conviction, the details are all secondary. Things like volume and some space to shake take precedence.