Warning: "continue" targeting switch is equivalent to "break". Did you mean to use "continue 2"? in /nfs/c06/h01/mnt/88637/domains/blog.irockcleveland.com/html/wp-includes/pomo/plural-forms.php on line 210
 I Rock Cleveland I Rock Cleveland | Melbourne Would So Be The New Brooklyn, If Anyone Wanted a Such a Thing, So Let’s Call It The New Seattle Instead

Melbourne Would So Be The New Brooklyn, If Anyone Wanted a Such a Thing, So Let’s Call It The New Seattle Instead 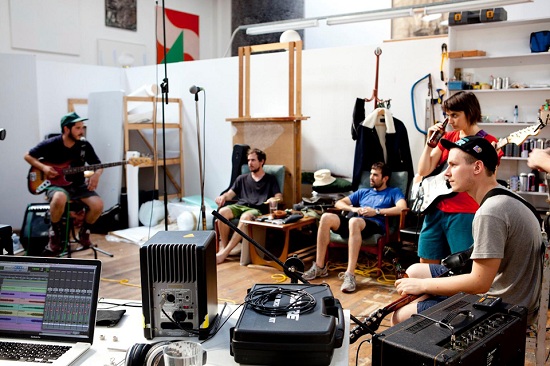 Perhaps Brooklyn isn’t the best comparison for what’s going down in Melbourne these days. No one, to my knowledge, is putting out think pieces about how Melbourne is too damn expensive to attract a real creative class. Melbourne hipsters don’t get the same ridicule as those in Brooklyn for the mysterious, carefree ways (old money) they’re able to be in bands and eke out a living (old money) in a land of expensive rent. And, no one has gone on the record stating the Melbournization of indie rock is bad for every other music scene not named Brooklyn.

Maybe Seattle would serve as a better example. For like Seattle in the early ’90s, one can feel the sense of community these musicians have built from hundreds, even thousands of miles away. Start with the Eddy Current Suppression Ring, one of the better known garage-rock bands from the area, and one is quickly welcomed into this vast range of bands all sharing talent.

There’s Boomgates, with Brendan Suppression of the Eddy Current Suppression Ring, teamed up with members of Teen Archer, The Twerps, Dick Diver, and Trial Kennedy, whose take on garage rock is more roots-based and rustic when compared to Brendan’s other band.

And, Lower Plenty (members of Deaf Wish, Total Control, UV Race and The Focus), whose stripped-down folk music can be as barren and inspiring as the baked, Australian outback.

The post-punk outfit, Total Control, meanwhile, featuring guitar work by Eddy Current Suppression Ring’s Mikey Young (Eddy Current), and Dan Stewart of UV Race, recently got some added exposure in the states thanks to a recent 7″ on Sub Pop Records.

It seems, no matter how deep you dive into the Melbourne scene, another surprise awaits, like Dick Diver, who are slated to be featured in Matador Records 2013 subscription singles club, Singles Going Home Alone, with the aforementioned Lower Plenty.

When the day comes and Congressional shenanigans are finally successful in laying waste to our great land, I’m packing up what’s left and moving to Melbourne. I’ll be the guy without an accent, with a watery, Australian domestic in each hand, scavenging for a front row spot at the Bits of Shit show, who, coincidentally, also have a single scheduled to be put out by Matador in 2013.

Cameron Crowe, are you getting all of this? Just get me a ticket and some expedited documents, and we can make this Singles sequel together in Melbourne. You do the script and the shooting and all of the difficult movie stuff, and I’ll get you the ace soundtrack to perfectly capture the moment. Once I’m in Melbourne, I will need a job of some type. I’m not an old money kind of guy.