Warning: "continue" targeting switch is equivalent to "break". Did you mean to use "continue 2"? in /nfs/c06/h01/mnt/88637/domains/blog.irockcleveland.com/html/wp-includes/pomo/plural-forms.php on line 210
 I Rock Cleveland I Rock Cleveland | Lovin’ It Live: Father John Misty’s Sunny Vibes a Natural Fit for Spring in January 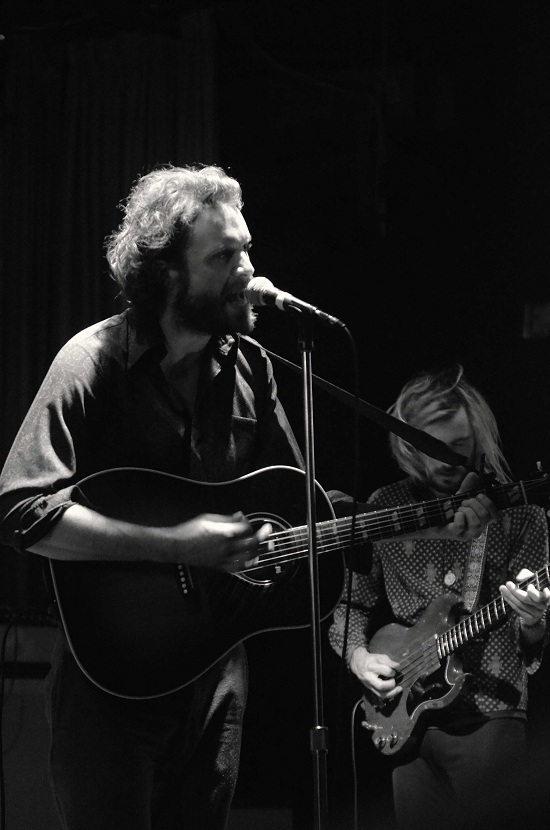 On a night more like early Spring than the second week of January, Clevelanders filled the Beachland Ballroom for a man not named Jeff “Indie Rock God” Mangum (His show this night was over at the Masonic Auditorium) who just recently left a plum gig as drummer in the Pacific Northwest folk group, Fleet Foxes. Yet, if there was any doubt whether J Tillman made the wrong decision in going out on his own as Father John Misty, or if anyone in the crowd  had similar reservations about their choice in entertainment for the evening, those wavering were soundly reassured early and often by both Tillman’s welcoming personality and his commanding vocals.

Dressed in a slim-fitting, black button-down, which Tillman jokingly claimed came from the lost and found in the green room, and surrounded by a skilled array of players, two on guitar, bass, keys, and drums, Tillman comfortably sauntered around the stage during opening number “Fun Times in Babyon.” And right on queue, the band members behind Tillman, big on those early country-rock vibes from the West Coast, gathered around the drummer and turned their backs to the crowd for an old-fashioned jam. 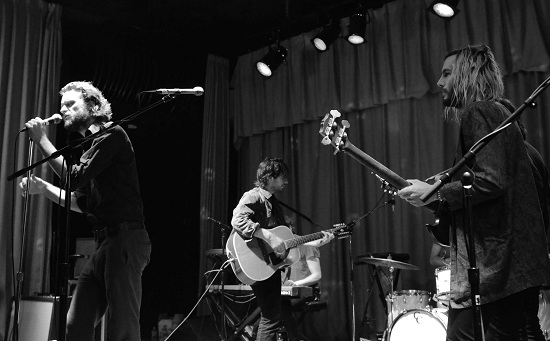 Unlike many of his peers in the indie-folk crowd, Tillman’s songs don’t aim for product placement and rom-com soundtracks. He has the ability to freeze the listener in place with lines like “Oh Pour Me another drink/And punch me in the face/You can call me Nancy,” during the opening of “Nancy From Now On.”  Well, the crowd would have been frozen if not for our Spring in January and the pumped-up disco beat more fit for a roller rink than a concert club. 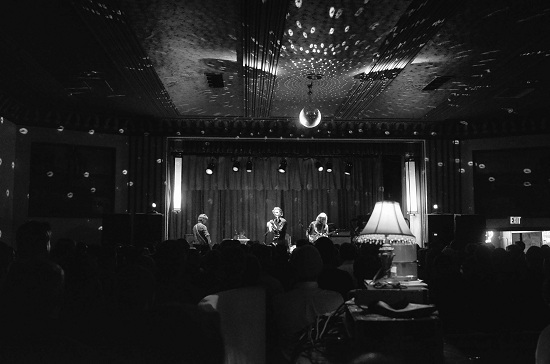 As the night wore on, Tillman and Father John Misty only gained strength with numbers like the bluesy, traveling jam, “I’m Writing a Novel,” and old-timey, country shake of “Well, You Can Do it Without Me.” The humdinger of a night in Bloomington, Indiana, the one which left opening band Magic Trick looking as if they were left on the side of the road to heave some one hundred miles outside of town, had no effect on the headliners. They had enough energy in reserve, thanks to what Tillman would call, “Grandpa’s mistake juice,” to keep the crowd peppy and engaged. A rousing rendition of “Hollywood Forever Cemetery Sings,” complete with screech inducing amplifier worship and punctuated with a firm slam of the mic stand, emphatically proved Tillman and Father John Misty can succeed and please out on their own. Anyone in attendance would agree. 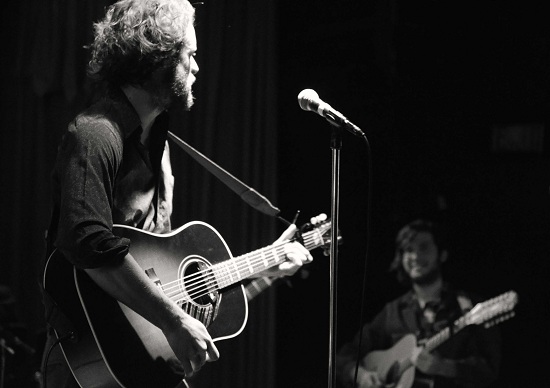