Warning: "continue" targeting switch is equivalent to "break". Did you mean to use "continue 2"? in /nfs/c06/h01/mnt/88637/domains/blog.irockcleveland.com/html/wp-includes/pomo/plural-forms.php on line 210
 I Rock Cleveland I Rock Cleveland | The Rockometer: Fade by Yo La Tengo

The Rockometer: Fade by Yo La Tengo 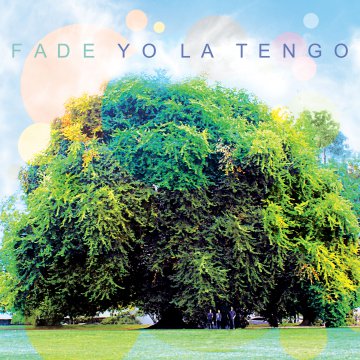 Much to the dismay of forward-thinking, music technologists, the album has not completely disappeared, yet. Nary a week goes by without influential blogger Bob Lefsetz unleashing another screed against the album.  People don’t want albums, he’ll claim. The future is in singles, nimbly produced outside of the traditional record, promote, release and tour cycle, placed into playlists or scrambled into a passive and personalized listening experience.

The truth is some people still care about the album. Furthermore, some people still consider listening to an album to be a primary activity, not something to be done while working, walking, running, cooking, cleaning or tweeting. For those people, who measure less than one percent of the music listening public, oh boy, do Yo La Tengo have an album for you.

For Fade, the long-running New Jersey trio’s 13th album, and first since 2009’s Popular Songs, Yo La Tengo brought in John McEntire of the influential, post-rock band Tortoise to handle production. His fingerprints are all over this unexpectedly focused work (Fade has one of the shortest run times in Yo La Tengo’s extensive catalog) with both vast and unending details placed deep within the mix meant to engage the very type of listener being willed out of existence by technologists.

Take lead track, “Ohm,” for example. Pay close enough attention and you’ll hear exotic sounds like synthetic tribal beats, little warbles picked up emanating from far-off galaxies, the beeping of a beacon, droning keys alternating between hot and cold, as well as those things you’d expect from a Yo La Tengo pop song like careful harmonies between guitarist Ira Kaplan and drummer Georgia Hubley, and a shred-fest of a solo from Kaplan.

Even those songs not as overtly experimental as “Ohm,” contain audible treats. The ballad “It That Enough,” features the persistent hum of gentle feedback seemingly oblivious to the fact there’s a song going on. While the French, lounge pop of “Well You Better,” has this playful, unbalanced mix where the electronic piano comes through stronger on the left channel with the wah-wah guitar stronger on the right.

Later, “I’ll Be Around,” pushes back-porch folk through a filter of Wilco’s “Yankee Hotel Foxtrot,” and its abstract ambiance, and the Hubley-led number, “Cornelia and Jane,” dazzles with its careful orchestration of trombone, cornet, guitar, bass, and keys where each instrument attempts to out quiet the other.

The undeniable highlight for the careful listener, however, would be “Two Trains,” where the album’s title, Fade, serves as inspiration. Despite its light initial footprint a wondrous selection of sounds enter and exit the track. The percussion, when audible, is treated to dubby, echo effects. While Kaplan’s guitar mimics trains approaching and leaving the station with gentle whirs and wisps. Following his lead, the keys all follow a similar pattern of arrival and departure until one is never quite sure which is coming and which is going. Quiet rock pioneers Galaxie 500 couldn’t have done it any better.

And really, Yo La Tengo have rarely been better, either. Whether Fade does go down as one of the band’s best largely relies upon the times we live in and our own personal time. Do you have time to listen to an album and do nothing else? In an age where no one has time for a single thing and doing everything at once is praised as a trait of excellence, it’s not a given.

VIDEO: Yo La Tengo – Before We Run