Warning: "continue" targeting switch is equivalent to "break". Did you mean to use "continue 2"? in /nfs/c06/h01/mnt/88637/domains/blog.irockcleveland.com/html/wp-includes/pomo/plural-forms.php on line 210
 I Rock Cleveland I Rock Cleveland | It’s a Sub Pop Sludge Feast: New Jams by Mudhoney and Pissed Jeans

Grunge OGs, Mudhoney have never gone away. They’ve been slinging sludge for Sub Pop Records since the very beginning of grunge. And if one were to ask, let’s say, Thurston Moore, or Yo La Tengo, perhaps that’s why they don’t get the same adulation as the ’90s bands who left the spotlight for a decade or more only to return for a reunion tour.

“The Only Son of the Widow of Nain,” is not going to result in a new era of Mudhoney appreciation. Not that Mark Arm and Mudhoney even dream of such a thing. Remember, this is the same band who in ’92 named their major label debut, Piece of Cake, because to them it was easy to make a major label album. All they had to do was go in the studio and be Mudhoney. Similarly, “The Only Son of the Widow of Nain,” is Mudhoney still being themselves some twenty years on. Arm is still agitated and sometimes screechy when he gets really agitated and the guitars alternate between sludge feast and shred fest with little notice. For those who’ve been paying attention through the years, this is still a treat. Mudhoney’s Vanishing Point will be released April 2nd on Sub Pop Records. 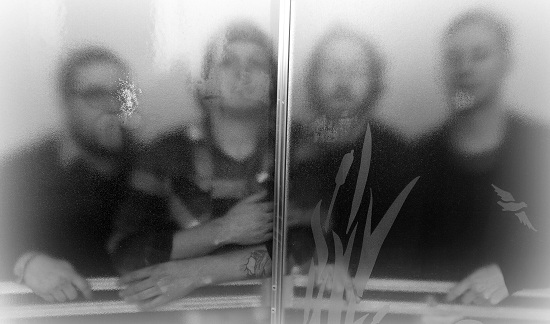 While Allentown, PA’s Pissed Jeans haven’t been on the sludge circuit quite as long as Mudhoney (they formed in 2004 and released their Sub Pop debut three years later), one can easily imagine them fitting in just fine with the likes of Mudhoney, Tad, and the Screaming Trees. Their low-tuned guitars and love of both hardcore and proto-metal are the very things the Seattle sound was built upon. Add singer, Matt Korvette, whose scratched and pained howl is often dripping with spit, as it is during “Cathouse,” from their forthcoming release, Honeys, and you have yourself choice, grade-A, new age sludge. Now, what was that I read about Honeys being a more mature album? If the cat allergies described in “Cathouse” did inspire that hairball hack of a breakdown around the two-minute mark, no one need worry about Pissed Jeans mellowing out. They could be furious about doilies and still be the most dangerous band in the room. Pissed Jeans’ Honeys, the band’s third album for Sub Pop, will be out on February 12th.