Warning: "continue" targeting switch is equivalent to "break". Did you mean to use "continue 2"? in /nfs/c06/h01/mnt/88637/domains/blog.irockcleveland.com/html/wp-includes/pomo/plural-forms.php on line 210
 I Rock Cleveland I Rock Cleveland | Play Me: “AD RE:IAN” by Wax Idols 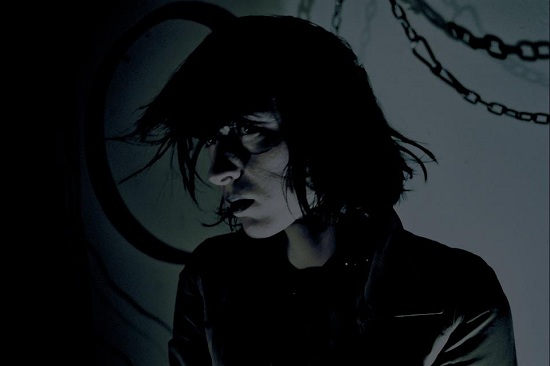 As much as I like my garage rock, and my punk rock and that rock which lies somewhere between garage rock and punk rock, I also enjoy seeing garage rock bands mature and evolve past the limitations of those often tightly defined genres. Take Frankie Rose, for example, the one time Dum Dum Girl whose 2012 release, Interstellar, was closer to synth-pop than anything else from her prior recordings. And speaking of the Dum Dum Girls, they’ve also matured from a band with one drum beat and very catchy melodies and little else (besides hype), to a fully realized pop band. Lead singer Dee Dee is no longer just another sweet, sing-song voice. Now, the gal can stun.

Wax Idols are undergoing a similar transformation with their soon-to-be-released album, Discipline and Desire, for Slumberland Records. Listen to “All Too Human,” one of their early singles on Hozac Records, and you’ll find little to even hint at the dark, synthetic textures of their latest track, “AD RE:IAN.” Certainly, not the singing, which was basically vocalist Hether Fortune shouting to be heard over the rest of the band. Nor, the playing, which like those early Dum Dum Girls tracks was your basic garage rock rhythm with a solid hook. Now? Now, we’re onto something, here. We could be talking about the next Dum Dum Girls or the next Frankie Rose, or, from the fearlessness Fortune shows in abandoning the comfort of garage rock for her own wild mix of goth, new wave, noise rock, and industrial, someone worthy of her own headlines.