Warning: "continue" targeting switch is equivalent to "break". Did you mean to use "continue 2"? in /nfs/c06/h01/mnt/88637/domains/blog.irockcleveland.com/html/wp-includes/pomo/plural-forms.php on line 210
 I Rock Cleveland I Rock Cleveland | Dave Grohl’s Sound City Documentary Set For a January 31st Screening at the Cedar Lee 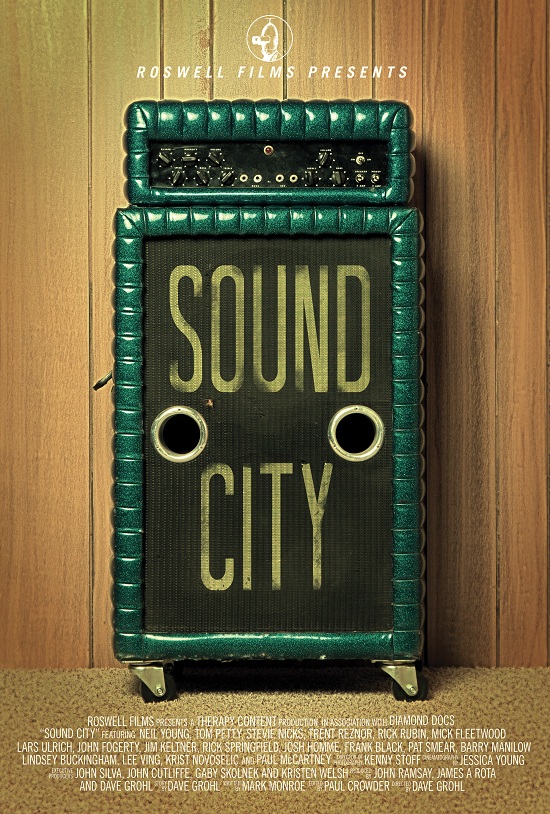 Before the Grunge Beatles, aka Dave Grohl and the other surviving members of Nirvana with Paul McCartney, and before there were the Sound City Players, there was Sound City, Dave Grohl’s pet project, a documentary about the Sound City recording studio in the San Fernando Valley where artists as varied as Fleetwood Mac, Neil Young, Rick Springfield, Tom Petty, Metallica and Nirvana all recorded. Grohl’s documentary not only retells the story of a legendary studio with personal interviews of Trent Reznor, Rivers Cuomo, Rick Rubin, Frank Black, Stevie Nicks and others, but also features Grohl and his current band, The Foo Fighters, laying down new sounds to tape for the Sound City Soundtrack.

Now, hot on the heels of a very well received premiere at Sundance, Sound City is coming to Cleveland with a special screening at the Cedar Lee Theatre on Thursday, January 31st, before its wider theatrical release. Tickets are available now through the Cedar Lee website, and if you’re one of those who gets as excited about rock docs as computer programmers do for movies with elves and hobbits, you may want to consider getting those tickets in advance. Consider it a tip.