Warning: "continue" targeting switch is equivalent to "break". Did you mean to use "continue 2"? in /nfs/c06/h01/mnt/88637/domains/blog.irockcleveland.com/html/wp-includes/pomo/plural-forms.php on line 210
 I Rock Cleveland I Rock Cleveland | Watch Me: “Trees” by Nights

Watch Me: “Trees” by Nights 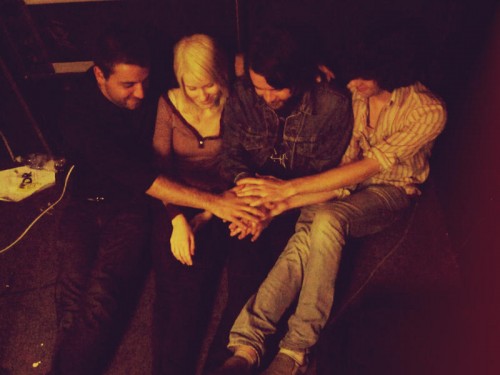 Can I tell you a story? Frank Maraldo, the guitarist for Nights, used to play guitar for the Cleveland folk-pop band, Lowly, The Tree Ghost. I happened to catch them one night when they were slotted between Phosphorescent and Herzog, and it had to be one of the worst nights of their collected lives. I don’t know if a family member died, or a dog died, or someone just got evicted and left by their girlfriend. It was a performance where none of the performers in the band looked particularly thrilled to be there. My review said as much.

A couple days pass, and my inbox has this belligerent message from a roommate of one of the band’s members. I don’t remember the entire back and forth, but I do recall saying something like, “Hey, not everything about the band is bad, the guitarist can really play. Give him more freedom to do his thing and the band would be better for it.” I also remember a getting a reply along the lines of, “You probably like extreme music and Lowly, The Tree Ghost are not an extreme band.” Yes, the conversation had a Mountain Dew flavor to it.

Fast forward a few years and Maraldo now finds himself in a much better fit with the Cleveland dream-pop outfit, Nights.

What’s that you hear? It’s guitar, astutely strummed, gently fucked with, and it features a wonderful, glistening tone. Vocalist Jenna Fournier, shows similar development in this video for “Trees.” I’d like to think it’s not just the studio, but a woman gaining confidence in her own voice, embracing both it’s inherently soft tone as well as its ability to waver in despair.  Together, they make the band Nights one to to keep an eye on as we progress through 2013. You can expect a new album from nights this coming March. A specific date has not been set.