Warning: "continue" targeting switch is equivalent to "break". Did you mean to use "continue 2"? in /nfs/c06/h01/mnt/88637/domains/blog.irockcleveland.com/html/wp-includes/pomo/plural-forms.php on line 210
 I Rock Cleveland I Rock Cleveland | Jam Packed Monday: Suede, Akron/Family, Psychic Ills, and Black Bug 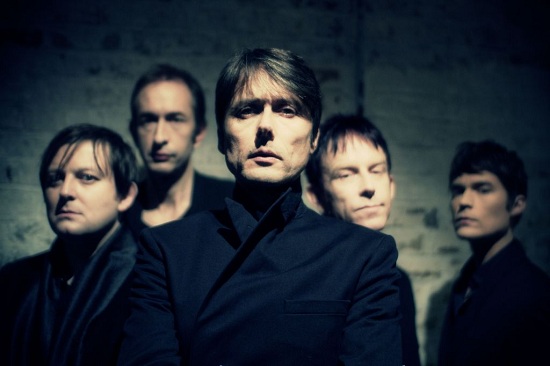 Although Suede’s 1993 self-titled, debut is considered by many to be one of the defining records of the Brit-Pop era, the band never came close to the success of Oasis, or even Blur, here in the States. For one, their masterpiece preceded Oasis’ breakthrough by a year. Not only that, but their sound borrowed heavily from UK glam like T Rex and Bowie. Sure, Kiss made a fortune being all glammed and painted up, but the UK brand of it never quite caught the imagination of the American listener. Then, there was that issue of branding. Technically, the band had to market themselves as the London Suede on this side of the Atlantic.

It’s a shame, really. The video for “It Starts and Ends With You,” from the band’s upcoming album Bloodsports (3/19) showcases a very much in-form Brett Anderson belting out a big chorus with his blessed pipes over a slick glam-pop melody. It’s the kind of single that demands attention, even in a noisy room. If only My Bloody Valentine hadn’t gone and chosen 2/2 for their first album in 22 years, maybe, just maybe, people would have paid attention this time around.  There’s still time.

Inspired, forward-thinking psychedelic rock is possible in the year 2013. Honest, it is. Akron/Family’s “No Room,” from their latest, Sub-Verses (4/30 on Dead Oceans), for example, acknowledges the past, and Deep Purple, with some sick fuzz riffs. And yet, it also sounds amazingly now, thanks in large part to that syncopated snare rhythm keeping the track, and the listener, off balance throughout.

Psychic Ills, on the other hand, are quite comfortable in their current incarnation as psych revivalists. Their West-Coast, country-influenced sound, embraced by the Brian Jonestown Massacre, a couple decades back, and by artists like Love, Donovan and the Byrds, way back when, doesn’t need an update when done so well. Psychic Ills new album, One Track Mind, will be out Feb. 19th on Sacred Bones Records. Later, the band will be in town for a show at the Beachland Tavern on March 12th.

Black Bug had me after about five seconds of their new video, “Mask.” If someone tried these skateboard “tricks” today they’d be banned from energy drinks for life. My favorite may be the spin your skateboard in a tight circle until you become dizzy and fall off of your skateboard, but there are so many more! And even stranger than some of these “tricks,” is the fact that this vintage footage works so damn will with the duo’s murky, synth-punk. It’s as if they’re celebrating and mocking these early skateboarders at the same time. Reflecting the Light, the new album by Black Bug, will be out soon-ish on Hozac Records.