Warning: "continue" targeting switch is equivalent to "break". Did you mean to use "continue 2"? in /nfs/c06/h01/mnt/88637/domains/blog.irockcleveland.com/html/wp-includes/pomo/plural-forms.php on line 210
 I Rock Cleveland I Rock Cleveland | The Rockometer: m b v by My Bloody Valentine

The Rockometer: m b v by My Bloody Valentine

Warning: count(): Parameter must be an array or an object that implements Countable in /nfs/c06/h01/mnt/88637/domains/blog.irockcleveland.com/html/wp-content/themes/megamag/inc/template_review.php on line 23

Warning: count(): Parameter must be an array or an object that implements Countable in /nfs/c06/h01/mnt/88637/domains/blog.irockcleveland.com/html/wp-content/themes/megamag/inc/template_review.php on line 23 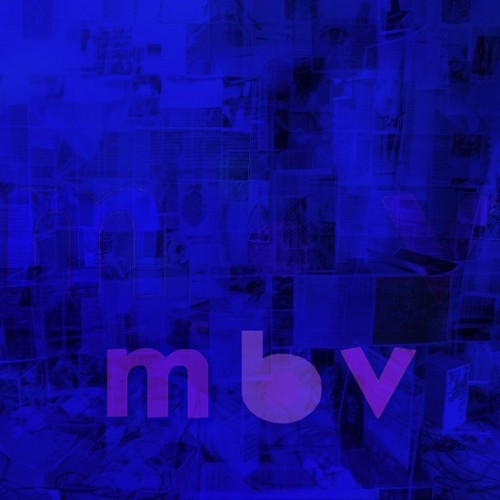 My Bloody Valentine
m b v

I heard the jokes, too. On Saturday, February 2nd, the night Kevin Shields and My Bloody Valentine finally got around to releasing their forever delayed follow-up to their 1991 breakthrough album, Loveless, Twitter was buzzing with a mix of frustration and excitement from a fanbase growing increasingly impatient with an overwhelmed website. Others, pressed by the need to always say something, expressed their forever dislike of My Bloody Valentine. And, then, there were those with the clever one-liners, like #MBV is Chinese Democrary for the less sexed. That was a good one, even if it wouldn’t be particularly useful in dissecting m b v, the album, once the website came back online.

Aside from the length between releases (22 years for My Bloody Valentine and 17 years for Guns ‘N’ Roses), and the controlling nature of both band’s frontmen (Axl replaced his entire band, while Kevin Shields is the band in the studio), there’s little useful insight in furthering the comparison. Axl Rose was well off the rails by the time Chinese Democracy hit the airwaves. Kevin Shields, meanwhile, was still capable of leading his pioneering band of shoegazers through successful and well-received tours during his extended vacation from recording.

Perhaps, a better comparison would be the career arc of the English trip-hop band, Porhishead, who went eleven years between releases, and emerged from their hiatus in 2008 as a significantly changed band. The players were the same. Geoff Barrow and Adrian Utley still handled the electronics and Beth Gibbons supplied the voice. However, a more aggressive, more agitated sound replaced the spy themes and film noir soundtracks of their past work.

For the first half of m b v, it’s difficult to discern whether Shields learned any new tricks during his time away. He is still a master of guitar tone and texture, evoking both the wobbly sensation of Eustachian tube dysfunction and the world has flipped its axis feeling of full blown vertigo once he’s done bending his guitar to the breaking point. Then, when righted, the listener discovers a meekly whispered pop melody by either Shields or guitarist Bilinda Butcher. It was a ground-breaking formula in 1991 and still an effective one in 2013.

“new you,” provides the first break from convention. The guitars remain wobbly and woozy, but there’s a much clearer focus on both rhythm and melody, two aspects of pop music often cast as extras in a band where the wall of sound is the unqestioned lead.

The final third, meanwhile, is where Shields finally makes a clean break from his past. The rhythm tracks of “in another way,” “nothing is”, and “wonder 2,” all borrow heavily from the rapid, staccato beats of UK drum ‘n’ bass, a genre popularized in the late ’90s by now forgotten artists like Roni Size and Goldie.

Technically, one could still make the argument Shields is stuck is trapped in a time warp. Drum ‘N’ Bass, like industrial rock and trip-hop, is still waiting for its modern day revival. Yet, as the drum loops and static-singed guitars of “nothing is” gain intensity and volume, it unexpectedly transforms itself into the exact moment where My Bloody Valentine becomes both an influential act of the past and a reinvigorating force for modern music.

“wonder 2,” furthers the experiment with the slightest pop melody and the sound of Shields gear fighting bravely against the particle force of the Large Hadron Collider. With one mistaken calculation, Shields, his guitar, his amp, and all of his electronics could have been sucked into nothing. Instead, he emerges from his battles against the laws of physics and 22 years of creative inaction, with his reputation as an innovator firmly in tact.