Warning: "continue" targeting switch is equivalent to "break". Did you mean to use "continue 2"? in /nfs/c06/h01/mnt/88637/domains/blog.irockcleveland.com/html/wp-includes/pomo/plural-forms.php on line 210
 I Rock Cleveland I Rock Cleveland | Jam Packed Tuesday feat. Suuns, Primal Scream, Disappears, Eluvium and Barn Owl 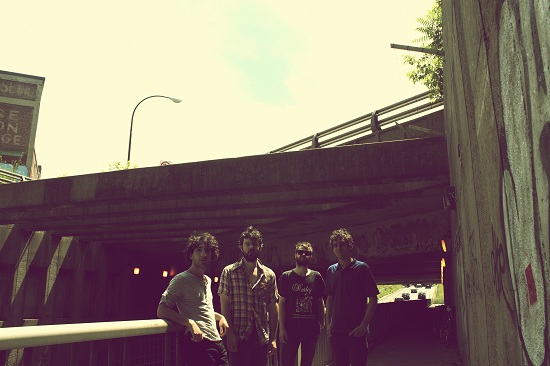 While I can’t necessarily recommend the video — There’s more flash than a red carpet and enough pulsating black and white to make your eyes pop like a manga comic character, Suuns’ video for “2020” shows the band beginning to fulfill the promise of their 2010 Zeroes QC.  Before, I had them pegged as Radiohead acolytes with more style than substance. The thick bass groove of this surprisingly, danceable number suggests otherwise. Images Du Futur will be released March 5th on Secretly Canadian. The band will be in Cleveland on April 18th for a date at the Grog Shop with Besnard Lakes.

The later career output of Primal Scream is a mixed bag at best, with 2000’s XTRMNTR being the band’s last album of essential material. For those still waiting for something, anything to match its sheer, sonic destruction, new single, “2013,” hints at better things to come. The guest shredder on this, the first track to surface from the forthcoming album, New Light (May 13th), is none other than My Bloody Valentine’s Kevin Shields. Plus, Bobby Gillespie has found that old vocal spitfire which made XTRMNTR such a lasting work. If only we could hear the track’s other five minutes (the audio is edited down to four minutes for the video embedded below), and more from the album, for that matter, and then maybe we could announce their return to the top.

Disappears have always been a band with a well-sourced sound.  Over the course of three albums, they’ve mixed krautrock, psychedelic rock and garage rock to sometimes extraordinary and other times predictable results. “Kone,” would be one of those tracks where the Chicago-based outfit are more than their influences. A drone opening gives way to a bass melody reminiscent of the classic Peter Gunn theme. For Disappears, the theme is slower and heavier than you may remember. From there, they take an almost dub-like approach to psychedelic rock as jabs of guitar punching the mix at unexpected intervals. “Kone” goes on like this for over ten-minutes, and it’s hardly a drag. Really, long-form, head music doesn’t get much better than this. Disappears will be self-releasing the Kone EP on April 16th.

At times, the music of Eluvium has trouble getting past the ground-breaking, ambient work of Brian Eno. This is hardly a knock. I’ll often mix the two into the same playlist. Plus, once one closes their mind to the outside and takes in the striking beauty of  a song like “Don’t Get Any Closer,” it’s difficult to argue that Eluvium should do it any other way. Eluvium’s Nightmare Ending will be released May 14th on Temporary Residence.

Barn Owl, on the other hand, have added some new tricks to their drone-centric, instrumental mix. “The Long Shadow,” is heavier, darker, and louder; there is more feedback, more spooky mood, courtesy of some vintage organ, and pretty much more everything than their 2011 album, Lost in the Glare. Barn Owl’s V will be out April 16th on Thrill Jockey.