Warning: "continue" targeting switch is equivalent to "break". Did you mean to use "continue 2"? in /nfs/c06/h01/mnt/88637/domains/blog.irockcleveland.com/html/wp-includes/pomo/plural-forms.php on line 210
 I Rock Cleveland I Rock Cleveland | Play Me: “Native Dreams” by Rose Windows 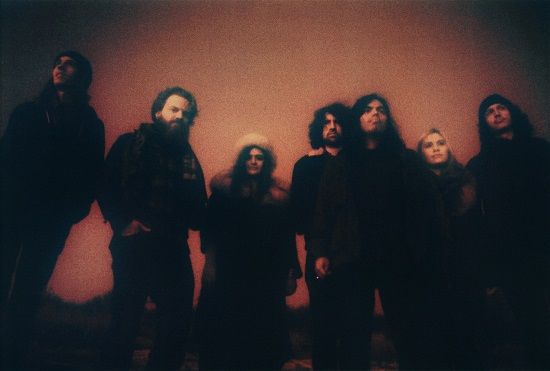 By the time the band’s debut finishes its rounds on the internet, vocalist, Rabia Shaheen Qazi will assuredly tire of the Grace Slick and Jefferson Airplane comparisons. But with a voice like a rabid animal’s howl and range to boot, the connection to Slick is one too obvious to skip.  The six-person backing band, meanwhile, is schooled in grooves both old and new. From the tried and true of twirling flute and whirling organ, to the heavy mysticism of a modern band like Grails and onwards to unabashedly showy, monster guitar riffs favored by Vancouver longhairs, Black Mountain, the mix is both relentless and full of surprises.

Now, excuse my marketing talk, but this is what a teaser track is supposed to do. Unlike that Black Angels track from yesterday, which was empty of any new ideas, this debut by Rose Windows hints there may be even more wild and even more weird on their upcoming record. They’ve got my attention. Look for Rose Windows debut, The Sun Dogs, to be released June 25th on Sub Pop.