Warning: "continue" targeting switch is equivalent to "break". Did you mean to use "continue 2"? in /nfs/c06/h01/mnt/88637/domains/blog.irockcleveland.com/html/wp-includes/pomo/plural-forms.php on line 210
 I Rock Cleveland I Rock Cleveland | The Rockometer: New Moon by The Men

The Rockometer: New Moon by The Men 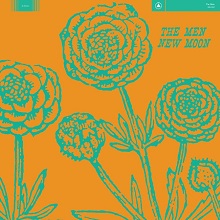 In a recent interview with the Village Voice, the men of the six-piece Brooklyn band, The Men, revealed their adoration Tom Petty. The excitement they expressed over Petty headlining Bonnaroo was akin to the reaction a hipster caricature would have to the announcement of a show by Arcade Fire, Animal Collective, or Jeff Mangum of Neutral Milk Hotel. This can’t be the same band of scuzz-punk noisenicks who gained acclaim by reimagining decades of underground nasty, can it?

Yes, it can be. Yes, it is, but there’s a catch. One just can’t unlearn years of Husker Du, Nirvana and Sonic Youth. Even during New Moon’s most rustic moments, and the A-side of their new record has its share with “Open the Door,” “Half Angel Half Light,” and “Seeds,” The Men sound more like Tom Petty with The Heartbreakers, as in the classic punk band led by Johnny Thunders, than Tom Petty and the Heartbreakers, the classic rock band with Southern charm.

The instruments of Americana — harmonica, pedal steel, and a casual vocal drawl, often have to share living space in the same gutter as that old guitar screech. That’s the case with “I Saw Her Face,” where the first half is a tear-jerker in the Jeff Tweedy mold and the second half is a thrash. It’s punk for rockers not afraid of getting old and country for those who prefer their country not be recorded by professional, Nashville session musicians.

While New Moon’s mix isn’t lo-fi in the place-a-boombox-in-the-corner-of-a-room way, its thinness compared to heavily produced, modern rock, marks another critical, stylistic choice by The Men. The mix is meant to invoke classic records by The Stooges and the Hearbreakers, and songs like Neil Young’s “Hey Hey, My My (Into the Black).” Guitar tracks collapse under the weight of their own feedback and every drum hit could topple a teetering kit duct-taped in place.

“Electric,” is just one cut where The Men use the tools of the studio to deftly navigate the history of both classic rock and cult rock bands. The melody could have made for a favorite on the FM dial, while the energy is ripped from the underground. Similarly, “I See No One,” is a road song in the ’70s tradition, but one whose motor needs a pit stop at every rest stop to refill an oil leak. Steppenwolf would never let their guitars sound so muddled. Husker Du did.

With their transition from a ’90s noise lovers’ favorite band to an all-purpose rock band all but complete, New Moon has The Men primed to leave those dirty, DIY spaces behind for a bigger stage. And once they finally arrive, with their old, leaky Chevy van hitched to the rear of Tom Petty’s million-dollar bus of comfort, they will still be the same men — Not the men of craft beer, top shelf booze and all organic riders; not the men of time outs for costume changes; and, not the men of 20 guitars and 20 guitar techs, but The Men whose honky-tonk culminates with eight minutes of curb stomps and gut punches. That’s your closing track, “Supermoon,” and your assurance these men, no matter where their music takes them in the future, will never forget their noisy roots.