Warning: "continue" targeting switch is equivalent to "break". Did you mean to use "continue 2"? in /nfs/c06/h01/mnt/88637/domains/blog.irockcleveland.com/html/wp-includes/pomo/plural-forms.php on line 210
 I Rock Cleveland I Rock Cleveland | Play Me: “I Like it Small” by Mudhoney 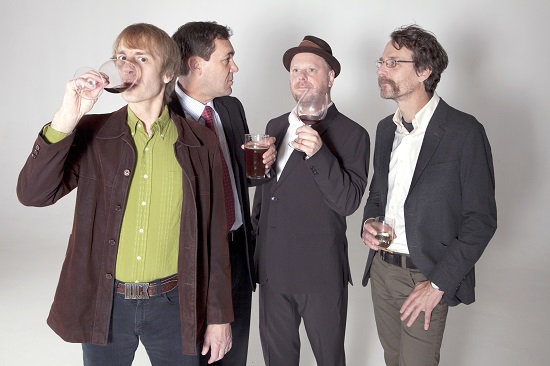 Much to the surprise of your 1995 self, Mudhoney have outlasted many of their Seattle, grunge scene peers. Pearl Jam is still alive, of course. Soundgarden reformed after an extended hiatus, and Alice in Chains did the same once they found a new Layne Stanley. Nirvana is long gone (The Grunge Beatles with Paul McCartney doesn’t count) and Mark Lanegan has been free from Screaming Trees for years. In the meantime, Mudhoney would crank out a new album every few years, without getting close to the type of fame and money showered on Seattle in the ’90s. Not that they’re bitter about that last part. No, no, not at all. They don’t regret that time they took major label money, and to prove a point, quickly threw together a “grunge” album and called it Piece of Cake. They’re to busy enjoying their status as a cult band. In “I Like it Small,” from Mudhoney’s 9th studio album (4/1 on Sub Pop), vocalist, Mark Arm, runs down all the perks they currently enjoy:

All of which, you’ve gotta admit, are pretty sweet. That’s if you don’t mind supplementing your band income with a day job at the Sub Pop warehouse, of course. Which, come to think of it, is a pretty sweet day job for Mark Arm to have, too. Mudhoney are the luckiest band on earth, and we’re all lucky for still having them around.