Warning: "continue" targeting switch is equivalent to "break". Did you mean to use "continue 2"? in /nfs/c06/h01/mnt/88637/domains/blog.irockcleveland.com/html/wp-includes/pomo/plural-forms.php on line 210
 I Rock Cleveland I Rock Cleveland | The Rockometer: Go Easy by Blank Realm 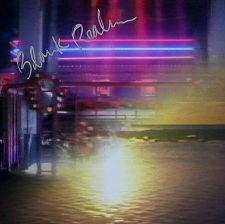 One can think of Go Easy as a punk rock textbook. Not a history book, mind you, but a guide on how to make a bitchin’ punk rock record for the 21st Century. For the Brisbane, Australia band, Blank Realm, are not merely content to revisit underground styles first birthed in the ’70s, ’80s, and ’90s and recreate Youtube’s greatest punk rock moments of the past 40 years for new ears instead, each chapter they’ve written contains valuable lessons on how to make these time-tested methods your own.

For example, when considering the short-lived, phenomena of digital hardcore pioneered by Atari Teenage Riot in the mid-’90s, one should dial down the electronic harshness by moving the more caustic sounds into the background. No one really listened to Atari Teenage Riot, anyway.

When using the Buzzcocks as a template for a long punk song, the opposite becomes true. Any extra elements you can add over your epic’s six, seven, or eight minutes will be appreciated by the listener. Notice how in “Pendulum Swing,” each instrumental bridge is more intense than the one which precedes it, ultimately producing a gnarly sequence of feedback and sci-fi synths. The lead melody is in there, too, but you have to work to find it amongst all that buzz.

A similar method is employed on lead single, “Cleaning Up My Mess.” At a slower tempo, variations to your track’s repetitive elements become even more critical.

The most important lesson Blank Realm impart, however, is one which should be unspoken for would be punk artists: Be yourself. Whether they’re pulling from no-wave noise and polyrhythmic punk (“The Crackle Pt.1”), or bleak, world-weary post-punk (“Go Easy”), this foursome never loses their identity. Strains of psychedelic rock may have been more evident in their earlier releases, but that doesn’t mean they’ve completely abandoned their past. Their place and their experiences make them who they are today. See the tortured organ solo on “Growing Inside.”

Addendum: The examples outlined above are not meant to be copied note for note. Forget everything Blank Realm have taught you over Go Easy’s eight tracks and go make your own statement. That’s how punk works. That’s how punk continues to survive today.