Warning: "continue" targeting switch is equivalent to "break". Did you mean to use "continue 2"? in /nfs/c06/h01/mnt/88637/domains/blog.irockcleveland.com/html/wp-includes/pomo/plural-forms.php on line 210
 I Rock Cleveland I Rock Cleveland | The Rockometer: Water on Mars by Purling Hiss

The Rockometer: Water on Mars by Purling Hiss 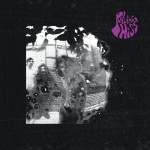 The name Mike Polizze doesn’t carry the same cachet in the underground as such guitar luminaries as J Mascis and Thurston Moore. To date, he’s been a frequent collaborator with his Kensignton neighborhood friend, Kurt Vile, the lead shredder for chooglin’ Philadelphia blues band, Birds of Maya, and the head of his own bedroom rock band, turned power trio, Purling Hiss.  Outside of those record geeks whose faces will light up at the mere mention of Birds of Maya, Polizze has operated in anonymity through it all.

Purling Hiss’ Drag City debut should mark the beginning of a much needed correction. For one, unlike previous albums by Purling Hiss (and Birds of Maya), Polizze,  Kiel Everett (bass), and Mike Sneeringer (drums) laid down the tracks for what would become Water to Mars in an honest-to-goodness recording studio.  This means those killer guitar melodies, once obscured by layers of tape hiss, now come through loud and clear. Sampling only lead track, “Lolita,” one can pick up the sexy swagger of Van Halen, the urgency of Detroit proto-punk, the squawk of New York City noise rock, and the stacks of amps effect favored by the aforementioned J Mascis as Polizze shreds with indifference.

Then, there’s the new found focus Polizze shows as a songwriter. Fifteen minute jam-a-thons are rad, and those rad, fifteen minute jam-a-thons can still be heard on Birds of Maya records. Here, as on, “Mercury Retrograde,” Polizze prefers a more economical methodology, with the rambling guitar sound of weirdo Philly blues sequestered to the bridge. There’s a song to sing, too.

Later, “Rat Race,” further streamlines Purling Hiss into a lean, power pop machine, albeit one with some speedily picked guitar riffs, and Diamond Dave Polizze makes a return, now with even more wah-wah, on “Face Down.”

Granted, there are times when Purling Hiss take unnecessary detours on their way to recognition, as they do on the slacker folk, one-two of “Dead Again” and “She Calms Me Down.” Being one of the underground’s premier guitarists and one of its premier songwriters are two distinct propositions. Polizze has earned his place in the discussion when it comes to the former. He has some work to do on the latter.

Thankfully, there’s the street-tough, ramble tamble of the title track, “Water on Mars,” to put everything in perspective. After all, this review started with the thesis of Polizze being an underrated shredder. Seven-and-a-half minutes of screech, interlaced with evil-genius death rays and ’70s-styled boogie rock solos should cement his rep. He is an unpredictable soloist willing to work with the entirety of Rock ‘N’ Roll history within one song. Few, if any, can do this as seamlessly, as convincingly, and with as much passion as Polizze.