Warning: "continue" targeting switch is equivalent to "break". Did you mean to use "continue 2"? in /nfs/c06/h01/mnt/88637/domains/blog.irockcleveland.com/html/wp-includes/pomo/plural-forms.php on line 210
 I Rock Cleveland I Rock Cleveland | The Rockometer: Indigo Meadow by The Black Angels

The Rockometer: Indigo Meadow by The Black Angels 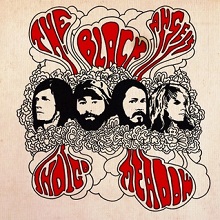 Listen to the Black Angels’ Indigo Meadow and you will hear the sound of a band running out of ideas. It’s not just that second single, “Evil Things,” has a lead riff uncannily similar to “Black Grease,” one of Austin group’s earliest singles, but they tend to repeat themselves throughout the album itself, too.

The triplet rhythm of the title track is repeated on, “Don’t Play With Guns.” On the former, the rhythm is carried by tom and bass drum. On the latter, it’s the guitar. Try telling that to your head, however, once the two become merged into one.

For an outfit who began as a heavy Jefferson Airplane (complete with lava lamps, gloopy guitars and visions of doom), took things deeper and darker with extended drones on their second album (Directions to See a Ghost), experimented in pop on the third (Phosphene Nightmare), this lack of invention is especially troubling.

Pick most any track and a pattern will emerge: Ratcheting, doom and blues guitar, peel back for the verse and replace that guitar with some spectral spookiness from the keys, bring back the bluster for the bridge and the chorus and repeat. We have album.

Not until the final two tracks of Indigo Meadow do the Black Angels show any willingness to deviate from their past. “You’re Mine” adds a motorik beat shared between bass and drum with keyboards doing more of the heavy lifting than the guitars, which in turn, are relegated to screechy bits and pieces deep in the mix.

Granted, it’s a method other modern psych bands have employed regularly over the past decade (see Wooden Shjips, Moon Duo, and Disappears, for example), but for The Black Angels, these tactics borrowed from early, electronic rock provide one possible path forward for the band.

Another alternative for the band arrives in the form of closing ballad, “Black Isn’t Black.” Here, two minutes of ambient fretwork and syncopated rhythms foretell a crescendo which never comes.  Back to basics doesn’t have to mean repeat yourself.