Warning: "continue" targeting switch is equivalent to "break". Did you mean to use "continue 2"? in /nfs/c06/h01/mnt/88637/domains/blog.irockcleveland.com/html/wp-includes/pomo/plural-forms.php on line 210
 I Rock Cleveland I Rock Cleveland | The Rockometer: Wakin’ on a Pretty Daze by Kurt Vile

The Rockometer: Wakin’ on a Pretty Daze by Kurt Vile 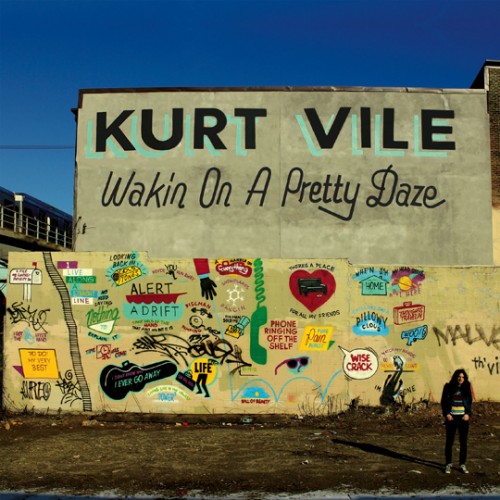 Kurt Vile has little use for a diagram of the western pop song.  Forget verse, chorus, verse, bridge and coda. There’s the ramble part and the tamble particle and the solo. His voice rises where most would descend, and descends when most vocal melodies would tend to rise. Words are mumbled like Dylan and syllables are stretched in a Philly drawl all his own. So when Vile says this new album of his, Wakin’ on a Pretty Daze, was particularly influenced by Fleetwood Mac’s Tusk, one should know better than to expect anything other than another suite of weirdo blues, the likes of which he’s spent the better part of the past five years perfecting.

Lead track, “Wakin on a Pretty Day,” epitomizes the Vile style. A slack guitar melody, played at an early AM speed, sidewinds itself into the listener’s mind as Vile works in measured strides with both careful and carefree guitar solos. His nonchalance is almost striking, especially once you realize part of his pretty day includes an acquaintance threatening suicide and a phone which won’t stop ringing with the news.

Now, with the mood sufficiently set, on this, Vile’s valium album, all that’s left for the listener is to find a place to settle down. A worn couch with a lot of sink would work especially well for tracks like “Was All Talk” and “Girl Called Alex” where guitars and synths, organs and lap steel, gently transmit narcotic warmth through the brain, one vein by one vein. The mid-tempo strummer, “Never Run Away,” is about as animated as Vile gets.

Otherwise, there’s the lush, Appalachian folk melody of “Too Hard,” which evokes foggy mountaintops, lush forests, and the musicians who’ve worked that scenery into their souls, the return of those vintage synths on “Air Bud,” for a round of what I like to call Crosby, Stills, Nash, Young, and Cluster, and blue skies, pleasant moods, and sweet grooves forever.