Warning: "continue" targeting switch is equivalent to "break". Did you mean to use "continue 2"? in /nfs/c06/h01/mnt/88637/domains/blog.irockcleveland.com/html/wp-includes/pomo/plural-forms.php on line 210
 I Rock Cleveland I Rock Cleveland | The Rockometer: Cruise Your Illusion by Milk Music

The Rockometer: Cruise Your Illusion by Milk Music 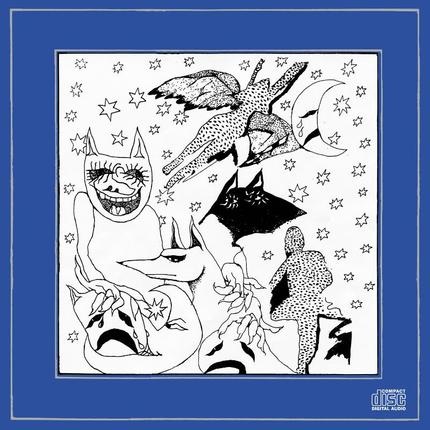 The album title, Cruise Your Illusion, a slight play on the Guns ‘N’ Roses double album set, Use Your Illusion, should have been your hint. The Olympia, Washington quartet, Milk Music aren’t your average band of long-haired, riff rockers from the Pacific, Northwest who were raised on grunge and worship at the altar of the alt-rock guitar trinity of Young, Mascis, and Moore.  Sure, there are many nods to those holy noise-makers throughout Milk Music’s long-playing, debut, but guitarist Charles Warring also borrows from several, let’s say, lesser referenced greats of the classic rock era, like Tom Scholz of Boston, Mark Knopfler of Dire Straits, and Duane Allman and Dicky Betts of the Allman Brothers.

Listen to how Warring’s guitar weeps throughout the end of “Illegal and Free,” and then ask your dad or Youtube about “Sweet Melissa.” Milk Music’s Melissa may have purple hair and work at the organic grocer, but she’s a heartbreaker, just the same.  She can bring a tear to the toughest biker’s eye. “New Lease on Love,” meanwhile, features this breakdown where Warring threatens to launch right into Boston’s “More Than a Feeling,” and he’s not being ironic in the least. Later, on album closer, the slow-groove, blues of Dire Straits serves as main inspiration.  Now, it’s time to ask your dad or Youtube about “So Far Away.”

Ultimately, being able to navigate both the classic rock and alt-rock canon doesn’t make one great. Walk into a Guitar Center on Saturday and you’ll have your proof. Where Milk Music excel is how they merge all of these diverging influences into one rugged, as in monster truck on monster truck rugged, guitar rock album. The combination of vocalist, Alex Coxen’s pained yowl and Warring’s maestro work, when backed by a relentless tempo, as on “I’ve Got a Wild Feeling,” and “Cruising with God” is a call to wanton debauchery if there ever was one.

Can this really be the same band who were too stoned to stand during last year’s summer tour? They pouted and mumbled through most of their set at the 2012 Pitchfork Music Festival, taking painfully, awkward breaks in between each number.

Yet, in a short time, they’ve broadened their influences, shored up the songwriting, and upped the rip factor, placing Milk Music, along side Mike Polizze and Purling Hiss, as two guitar bands doing it right in modern times. Neither act seems particularly concerned with pleasing people by having the right image and right sound.

It just goes to show you what practice and having the right dealer can do for you. Arthur is the man. He’s thanked on the back cover. Milk Music were going nowhere fast with that old stink weed. And, now, they’re a can’t miss act.