Warning: "continue" targeting switch is equivalent to "break". Did you mean to use "continue 2"? in /nfs/c06/h01/mnt/88637/domains/blog.irockcleveland.com/html/wp-includes/pomo/plural-forms.php on line 210
 I Rock Cleveland I Rock Cleveland | Watch Me: “Better” by Odonis Odonis

Watch Me: “Better” by Odonis Odonis 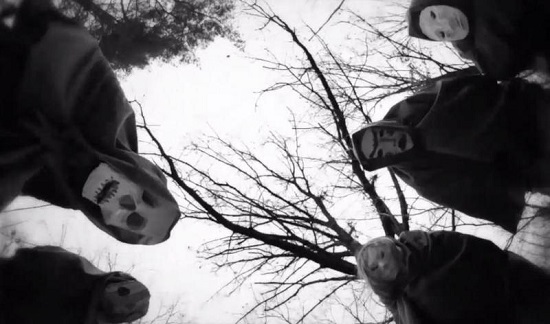 Remember when “Indie Rock is Too White” was a thing? I try not to. Nor do I try to think much about the opposite discussion, how dare those white indie kids take inspiration from non-white music. Yes, they contradict each other and yet, internet people who considered themselves to be subject matter experts got caught up in both of these debates.

Still, those two internet discussions found their way to the top of my mind when I came across the new video for “Better” by Toronto industrial-punks Odonis Odonis. All it took was one listen to the funky bass line which drives “Better,” and the sudden realization that, “Well damnit, why don’t more bands look beyond the usual suspects for inspiration?” and I got hooked. For “Better” is not only better than the majority of punk jams released today, it’s a near perfect mashing of a sly groove and crashing sound effects. If only it ran for more than two minutes. Because, really, that’s hardly enough time to groove.