Warning: "continue" targeting switch is equivalent to "break". Did you mean to use "continue 2"? in /nfs/c06/h01/mnt/88637/domains/blog.irockcleveland.com/html/wp-includes/pomo/plural-forms.php on line 210
 I Rock Cleveland I Rock Cleveland | Top Jam: “I’ll Be Gone” by Oblivians 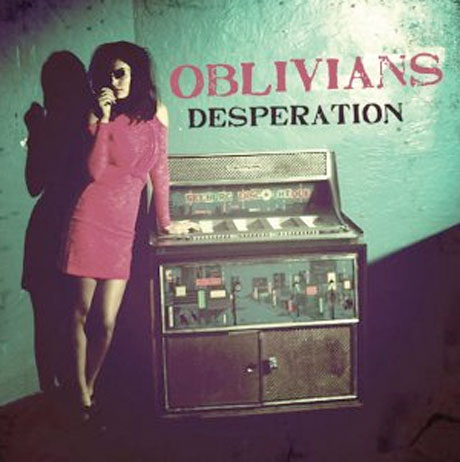 Rolling Stone says its been over 15 years. Pitchfork says 16. Pitchfork likes to be exact. Either way, it’s been a long fuckin’ time since the Oblivians released their last studio album, Play 9 Songs with Mr Quintron, a rough-edged set of punked up southern soul, gospel, and rhythm and blues music which should be required listening for any rock artist who thinks they have soul. Nobody, neither an established act like the Black Keys, nor hyped up-and-comers like the Alabama Shakes, could rival their determination, their energy and their attitude. Here’s exhibit A, and B, and C. Now, get to learnin’, that goes for fans of American roots music, too.

Getting back to the point, that first album in a long fuckin’ time, Greg Cartwright, Eric Friedl, and Jack Yarber went to Dan Auerbach’s studio in Nashville and Auerbach fired up his one-inch tape machine and these vets rediscovered their own roots. “I’ll Be Gone,” the first single from the album Desperation (June 4th on In the Red), is a blast — It has that plug it in and blast it out feel, the guitars are blasted to the red, and as far as punk party jams go, it’s easy to imagine your guests having a blast dancing into things and sloshing beers down their necks with its quick-hitting, two-minute melody.

J
The last time Memphis garage punks Oblivians released a proper album, it was 1997’s …Play 9 Songs With Mr. Quintron. Now, after playing a few reunion shows over the years, they’re back with a new LP. Desperation is out June 4 via In the Red. Listen to “I’ll Be Gone” over at Rolling Stone.