Warning: "continue" targeting switch is equivalent to "break". Did you mean to use "continue 2"? in /nfs/c06/h01/mnt/88637/domains/blog.irockcleveland.com/html/wp-includes/pomo/plural-forms.php on line 210
 I Rock Cleveland I Rock Cleveland | Play Me: “It’s In You It’s In Me” by Sloan 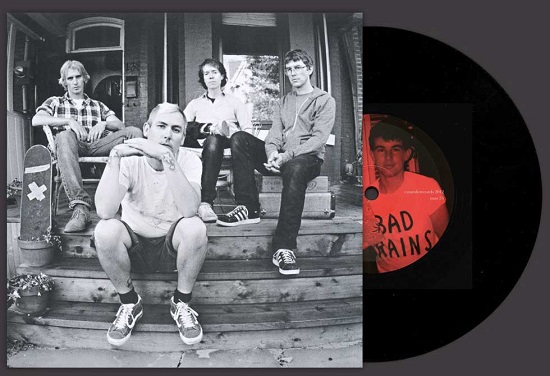 The last time the long-running, Canadian power pop act, Sloan, came through Cleveland, they were celebrating the 20th anniversary of their 1992 album, Twice Removed with a two set show which included the album from front-to-back and a second set of their greatest hits. Inspired by how well the anniversary tour was going, they mentioned how they’d record a new album and then do a similar event for the follow-up to Twice Removed, One Chord to Another. This made the Sloan fans happy.

“It’s In You It’s In Me,” is neither from an album of new material, nor a leftover from One Chord to Another, but the B-side to the Sloan hardcore single. Yes, you read that right. Sloan has gone hardcore. In addition to “It’s In You It’s In Me,” which is much more melodic than any of the hardcore jams of your wasted youth, the band has put together a 12-song digital album of covers by such old-school bands like Bad Religion, Angry Samoans, Minor Threat, Black Flag, and the Circle Jerks. It’s okay to be skeptical, but if those covers even come close to the single, it’ll be something dedicated Sloan fans will want to add to their collection.