Warning: "continue" targeting switch is equivalent to "break". Did you mean to use "continue 2"? in /nfs/c06/h01/mnt/88637/domains/blog.irockcleveland.com/html/wp-includes/pomo/plural-forms.php on line 210
 I Rock Cleveland I Rock Cleveland | The Rockometer: Floating Coffin by Thee Oh Sees 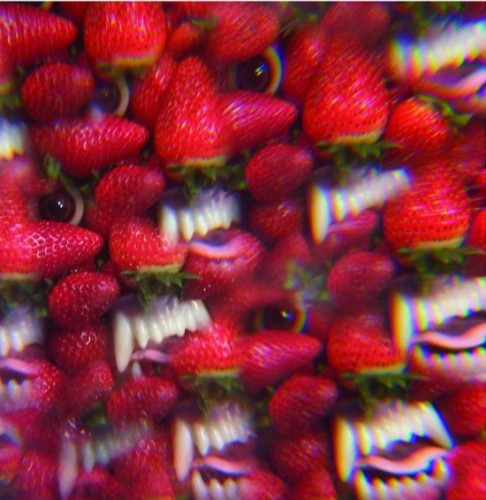 Did you find The Flaming Lips’ latest album, The Terror, lacking the the kind of wonderfully weird vibes Wayne Coyne and company had built their career upon? Yes? Well read on, because the San Francisco garage rock outfit, Thee Oh Sees have a dandy of a record for you. Featuring the same over-sized, blasted-all-out-to-hell guitar aesthetic as The Lips, Thee Oh Sees’ Floating Coffin is gleeful, loud, and endearingly strange where The Terror was meek, and only scary in the way a hotel handyman in a ghost mask could unnerve a Saturday morning cartoon crime-fighting crew.

“Toe Cutter/Thumb Buster” brings both the noise and the oddness early with a wobbly guitar melody, like marching band trombone sent through a six stack of amps, paired with twee, practically teasing vocals.

“No Spell,” meanwhile, features Thee Oh Sees tinkering with the sounds of early electronic rock heard on some of their recent releases, but here, the twist, and it is a literal one, comes when the motorik beat fades and makes way for a ’60s, technicolor freak-out. Later, “Strawberries I & II,” ties all of the band’s divergent interests into one suite of hard and heavy, then fast and frantic, and ultimately, way out on their own planet, garage rock with drifting, atmospheric notes. Deeper into the disc, “Night Crawler,” does its namesake a solid by imitating its undulating movements with a keyboard sound overloaded just like the brassy blast of guitar heard on “Toe Cutter/ Thumb Buster.”

At no time during Floating Coffin’s 40+ plus minutes, do Thee Oh Sees even give the slightest hint of where things are headed next. This unpredictably suits the band well, on this, their most varied and most accomplished album to date. “Minotaur,” with its slight, psychedelic pop and overt nods to the Beatles’ Magical Mystery Tour, follows two of the album’s more straightforward, amped-up ravers in “Sweets Helicopter” and “Tunnel Time.” It’s both an unexpected ending and your friendly reminder that weird bands will do what weird bands do, and when the weirdness lines up just right, you get an indispensable album like Floating Coffin.