Warning: "continue" targeting switch is equivalent to "break". Did you mean to use "continue 2"? in /nfs/c06/h01/mnt/88637/domains/blog.irockcleveland.com/html/wp-includes/pomo/plural-forms.php on line 210
 I Rock Cleveland I Rock Cleveland | The Rockometer: Paper Moon by Georgiana Starlington 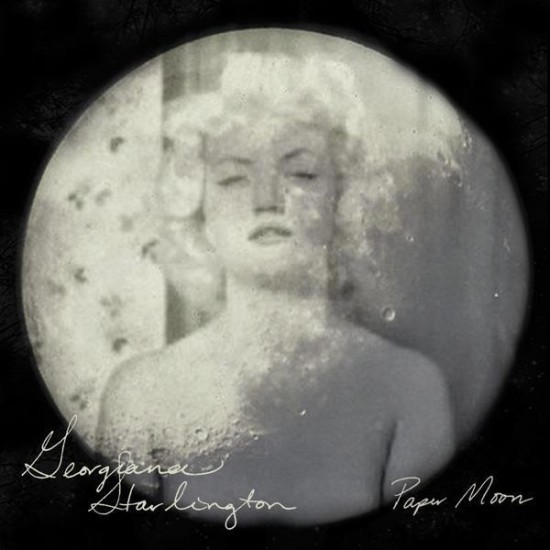 One can file Georgiana Starlington’s Paper Moon along side other low-key folk albums by Mazzy Star, The Dutchess and The Duke, or Mark Lanegan and Isobel Campbell. One can also file Paper Moon under pleasant surprise.

Nothing in the recorded history of the brother-sister duo, Jack and Julie Hines, hints at the stark, confessional narratives and endearingly loose arrangements contained within Paper Moon’s thirteen tracks. Not the time the duo plied in the sludge and scum punk outfit, K-Holes, and definitely not the time Jack spent with those bratty, garage punks, The Black Lips, nearly a decade ago. Who knew Julie could sing like a wisp of a soul and Jack with a full baritone?

“Hard Grave,” eases down the dusty road, haunted and heavy with memories of days gone by, with the metered shuffle of classic Johnny Cash. On “Bravewolf,” Jack sings low, Julie sings high, and both share a sigh over a whiskey bottle. Later on “Great Divide,” long, forlorn guitar melodies and a steady thump of a beat from Daniel Sherrin accentuate the bleak landscape heard throughout, and dirt-floor waltz of “The Ocean,” goes from drab and dreary to delicate and hopeful during its sweetly harmonized chorus.

As the B-side of the album come across as a continuation of the thoughts and feelings already run through the ringer on the A-side, it’s key to keep in mind that Paper Moon is not an album whose sole aim was to impress. It’s a comedown after a dreadful day, or first rays of sunshine the morning after it all went hell. Rather, one gets the impression the Hines finally have the album they’d been achin’ to make in Paper Moon and the fact that it slides by so gracefully is a boon to all of us.