Warning: "continue" targeting switch is equivalent to "break". Did you mean to use "continue 2"? in /nfs/c06/h01/mnt/88637/domains/blog.irockcleveland.com/html/wp-includes/pomo/plural-forms.php on line 210
 I Rock Cleveland I Rock Cleveland | The Rockometer: MCII by Mikal Cronin

The Rockometer: MCII by Mikal Cronin 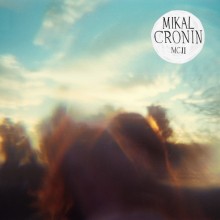 Should the career arc of Mikal Cronin follow that of his frequent collaborator, the San Francisco, garage rock wunderkind, Ty Segall, his early 45s could start paying down your mortgage and get the kids off to college. I exaggerate, but MCII is such a leap in quality, similar to the one Segall made on his Drag City debut, Goodbye Bread, that the next time a small rock label puts out a single by Cronin you’d be best to get in on the pre-sale with the multi-colored vinyl. Those things are highly flippable.

Granted, I haven’t heard the entire Cronin discography, but I struggle to come up with anything that would hint at Cronin as being capable of a polished, pitch-pefect power pop record like the one we have, here. The affinity for the classics, attention to detail, and love of the big hook at the chorus all call to mind some of the greats of the genre. Brendan Benson is one whose name will often be mentioned with Cronin’s latest, for he too, has himself a garage rock background from his Detroit roots and the time he spent in Jack White’s Raconteurs. As does the name, Matthew Sweet, for like Sweet, Cronin doesn’t shy away from turning up the voltage. Just check how that guitar growls at the chorus during “Weight.”

If there’s a reason power pop singers often get short shrift, it’s because the genre itself hasn’t changed much through the years. Take some songs about guys and girls, add big guitars and a bigger chorus and repeat. It’s the way The Beatles did it and it remained the same through Badfinger and The Raspberries in the ’70s, and on through the college rock and alternative rock eras with The Mice, The Fastbacks, Teenage Fanclub, and Sloan. The production may change with the times — glitzier in the ’70s, cheesier in the ’80s, and grimier in the ’90s, but the formula hasn’t. Cronin’s “Shout It Out” is so instantly hummable and has just the right amount of frazzle dazzle in the chorus that it would have been a classic during any of those decades.

Later, the tin-pan alley piano provides a fine counterweight to the scorching guitar solo on “Am I Wrong,” and Segall’s own guest shredder moment on “I’m Done Running From You,” transforms a number apt for a Friends tv reunion into one better suited for your friends at the DIY artist space.

Showing some diversity within an often constraining genre, Cronin goes the rustic route on the sincere ballad, “Don’t Let Me Go,” and provides another highlight when a swirling string section and longhair guitar meet at the apex of “Change.” All are done with impeccable taste and Cronin shows himself to be a singer with surprising range, too. On an album filled with surprises, why wouldn’t he sing like one of the greats? The man can do no wrong here.