Warning: "continue" targeting switch is equivalent to "break". Did you mean to use "continue 2"? in /nfs/c06/h01/mnt/88637/domains/blog.irockcleveland.com/html/wp-includes/pomo/plural-forms.php on line 210
 I Rock Cleveland I Rock Cleveland | The Rockometer: Monomania by Deerhunter

The Rockometer: Monomania by Deerhunter 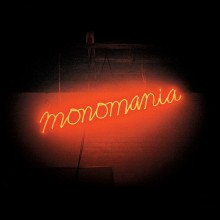 Deerhunter’s fifth album, Monomania, was announced with what was either the greatest press release ever or the most bullshit ridden piece of bullshit put out by an industry of bullshitters. How else does one interpret something like this?

At first, I went with the second interpretation (bullshit), then, got to thinking, “Hmm…garage rock, maybe Bradford Cox and his new lineup would be served well by a genre excercise…”

After all, for every classic cut Cox produces (see “Nothing Ever Happened” from Microcastle, “He Would Have Laughed” from Halcyon Digest, and “Cryptograms” from the album of the same name), there’s been an equal and opposite number of album tracks which do nothing but exist. By focusing on one vibe and one style, there’s a good chance, the ever prolific and ever restless Cox, could find himself with a higher hit-to-shit ratio, and maybe even the album of his life.

Monomania sure starts promising enough. The skronk machine, applied liberally to the guitars, drums, bass, and Cox’s vocals on both “Neon Jacket” and “Leather Jacket II” makes him sound like a member of the notorious Dr. Who villain race, The Daleks, fronting the last known Rock ‘N’ Roll band on earth playing the last remaining guitar. That’s if a Dalek could be bothered to do anything but exterminate, of course. The same skronk machine is used in varying degrees on the Southern-boogie, “Pensacola,” on the B-side’s straight-up rocker, “Back to the Middle,” and later, on the ballad “Nitebike,” each time transforming the ordinary into something considerably more compelling.

The title track, meanwhile, may stand as Cox’s greatest composition to date. What begins as your typical, garage rock hip-shaker, is anything but typical once it takes the off ramp to freak city. From that point on, it’s three minutes of American-made motorcycle engines, misfiring phasers, feedback on top of feedback and an increasingly deranged Cox repeating the word “Monomania” like a mantra for madness.

Unfortunately, not even the all-powerful skronk machine can make the middle third of the album (“Blue Agent,” “T.H.M,” and “Sleepwalking”) as interesting as the press release. There is no fog, leather jackets or neon. Nor, is there any rat tape. Instead, this is the point in the album where Cox’s wandering soul takes over and one either sticks with him through all his dalliances or picks up the needle.  I pick up the needle and head for “Back to the Middle” and “Monomania.” Life’s too short for boring Bradford Cox songs when there’s a party going on in freak city.