Warning: "continue" targeting switch is equivalent to "break". Did you mean to use "continue 2"? in /nfs/c06/h01/mnt/88637/domains/blog.irockcleveland.com/html/wp-includes/pomo/plural-forms.php on line 210
 I Rock Cleveland I Rock Cleveland | The Rockometer: Trouble Will Find Me by The National

The Rockometer: Trouble Will Find Me by The National 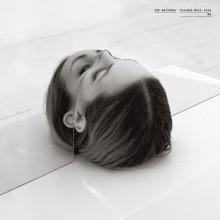 The National
Trouble Will Find Me
4AD

The National’s Trouble Will Find Me is a patient album requiring a patient listener. The pay-offs don’t occur as they did in the past when vocalist Matt Beringer is at his most agitated. Rather, they happen when he and the band are at their most somber and most subdued; When the keyboards build to a smooth crescendo during “Demons,” As understated strings occupy the fringe of the mix in “I Live in Salt;” Where sparse guitar notes and deliberately struck keys meet on “  “Slipped;” As the deliberate piano strokes and an ornate, marching beat up the broken man ante on “Pink Rabbits.”

Damnit, wrong album. If only there was a way to remove an embedded video

Practically every track on this collection of baroque pop has a similar moment, one where mood, melody, and the perfectionist’s quest for the ultimate expression in both, arrive in unison. Six albums in, this is a man and a band confident in who they have become.  This is a group who no longer needs a genuine burst of energy to break away from these consistently stately tones, but can communicate the same emotional fracture with a slight smattering of static.  Similarly, Beringer doesn’t need to howl do drive a point home, when a slight variation in the pitch or volume of his baritone voice can have the same effect.  Consequently, they now posses the verve to include a litany of guest players on instruments like clarinet, trumpet, french horn, and violin and employ them expertly, never falling into a hole of over-produced, over-obsessed, and overwrought pop. Quite the contrary, The National’s ornate craftsmanship has produced a nearly flawless album, content in its moodiness and brilliant in its vision. ed. note: And yet, I can’t shake the feeling I’ve head it all before.

Damnit, wrong album, again. Any WordPress experts in the house?