Warning: "continue" targeting switch is equivalent to "break". Did you mean to use "continue 2"? in /nfs/c06/h01/mnt/88637/domains/blog.irockcleveland.com/html/wp-includes/pomo/plural-forms.php on line 210
 I Rock Cleveland I Rock Cleveland | C’Mon Get Heavy with Palms and Deafheaven

C’Mon Get Heavy with Palms and Deafheaven

When the formation of Palms was first announced and this new project was to include three members of the most influential LA via Boston band, Isis, with Chino Moreno of The Deftones, the heavy music community was understandably excited. After all, Isis stands along side Neurosis and Godflesh as one of the most influential metal bands of the 21st Century. The Deftones, meanwhile, would have to be the considered the more commercialized version of a most influential metal band. Once heavy music fans got their first taste of Palms via the single, “Patagonia,” I wonder how many reacted as I did, with a shrug and an “Is this it?” It’s pretty and all, but…

Personally, I was expecting something more along the lines of Deafheaven.

Now, this is something to get tattooed about. These dudes look like they could have been Lou Barlow stunt doubles, members of Promise Ring, or the guys who answer your phone in the morning at the office when you forget your password and locked yourself out with the old three strike rule. 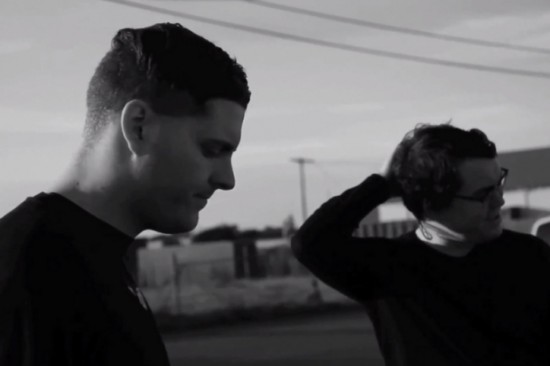 When you start following Deafheaven (And how can you not after that first blast), you’ll like read comparisons to Liturgy, Mogwai, Godspeed, or even Neurosis, for like those aforementioned bands, the music of Deafheaven has that ability to convey real, large emotions through the use of absolutely massive crescendos. Massive, that’s Deafheaven. And despite their lineage, Palms have a ways to go before they reach that level.

Look for Deafheaven’s new album to be out June 11th. Palms have a new album coming out, too, but honestly, I can’t muster the interest to copy and paste a date.