Warning: "continue" targeting switch is equivalent to "break". Did you mean to use "continue 2"? in /nfs/c06/h01/mnt/88637/domains/blog.irockcleveland.com/html/wp-includes/pomo/plural-forms.php on line 210
 I Rock Cleveland I Rock Cleveland | Jam Packed Wednesday with Scott & Charlene’s Wedding, Daughn Gibson, Dirty Beaches and Lace Curtain 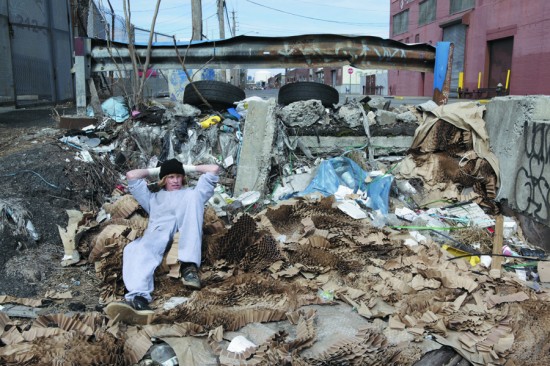 First off, there’s no Scott and there’s no Charlene in Scott and Charlene’s Wedding. It’s just NYC via Melbourne, Australia songwriter Craig Dermody. Also of note, Dermody is a slacker in the Malkmus tradition. On the surface it seems he ain’t even tryin’ — One can hear the chuckle of a man unprepared for the tape at the start of “Fakin’ NYC,” the guitars are conspicuously out of tune, and Dermody isn’t particularly concerned with singing in key, either. Yet, and this is the take away, he has a gift for both melody and words. In its own shambolic way, “Fakin’ NYC” expertly captures that very moment when you realize the place of your dreams isn’t exactly dreamy. Look for Scott & Charlene’s Wedding new album, Any Port in Storm July 22nd on Fire Records.

In the past, I’ve written at length how Daughn Gibson’s long-haul trucker trip-hop is a homespun style which has no business existing, let alone being so engrossing. On “You Don’t Fade,” from his Sub Pop debut out on July 9th, Gibson seems intent to prove me right. Or, prove me wrong. With the samples and electronics taking up such prominent space, “You Don’t Fade,” is one of the more difficult Gibson jams to “get.” Should you get it, however, you’ll have yourself a new favorite band. Such is the power of that booming baritone of his.

Robin Hilton’s recent piece for NPR music, “Do You Really Listen to Full Albums?” has been a constant presence in my facebook feed the last two days. Most times, it’s been accompanied with a quick dismissal of, “Of course I do, stupid.” The album may be an outdated mode of business for pop music fans, but for those who spend their time in the fringes of the music universe, the album is still king. I say this, and now I’m going to contradict myself. I want to listen to this new Dirty Beaches album on the strength of this lo-fi, urban disco vibe on “Casino Lisboa,” but who has the time for a 70 minute album? I’ve got work and two cats and a floor that needs vacuuming every day because it’s shedding season and both of my cats are (naturally) longhairs.

Speaking of urban disco, Lace Curtain is the new electronic outfit of Australian’s Mikey Young, Dave West and James Vinciguerra (See Eddy Current Suppression Ring and Total Control for samples of their collective awesome). And while I’m gonna give anything with Young’s name on it a spin, Lace Curtain falls on the fringes of my personal taste and my own preferred aesthetics. I’d rather hear that old bluster of ECSR or bathe in the dark, propulsive energy of Total Control than fly to the glittery shimmer land of “Falling (II).” That’s me and that’s also why I’m having a hard time with pretty much everything on the new Daft Punk album outside of “Giorgio by Moroder.” Now, that’s a jam. Lace Curtain’s “Falling/Running” will be out next month on Mexican Summer.