Warning: "continue" targeting switch is equivalent to "break". Did you mean to use "continue 2"? in /nfs/c06/h01/mnt/88637/domains/blog.irockcleveland.com/html/wp-includes/pomo/plural-forms.php on line 210
 I Rock Cleveland I Rock Cleveland | Watch Me: “Bite My Tongue” by King Khan and the Shrines

Watch Me: “Bite My Tongue” by King Khan and the Shrines 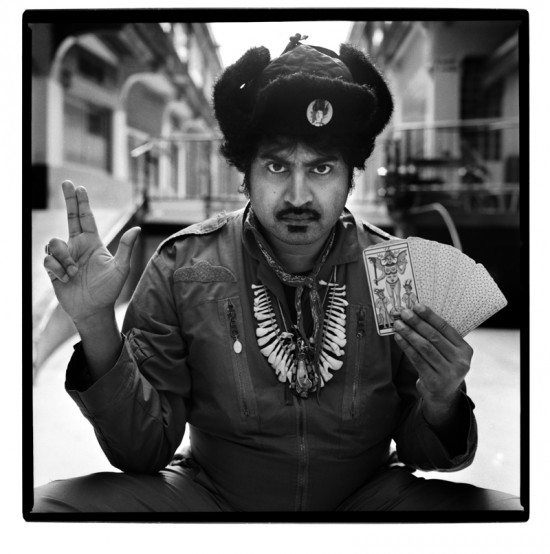 In a press release announcing Idle No More, the new album by King Khan and the Shrines (9.9 on Merge Records), the king, himself, had this to say:

Idle No More is probably the most refined piece of music we have made to date. The songs are about the state of the world we live in today. It took a long time to make, but we are very proud and pleased to bring you this album. I hope that the future will brighten up every time it is played. Ultimately, John and Yoko were absolutely right: LOVE IS ALL YOU NEED!

Now, keep that word, “refined,” in mind as you watch the video for lead single, “I Bite My Tongue.” Perhaps, yes, the garage, rock, and soul outfit have streamlined their good-time grooves a bit — “I Bite My Tongue” isn’t as busy as much of their previous output and its jingle-jangle clearly borrows from British invasion pop, but most people would not classify a clip in which Super King Khan battles Jesus in the streets as refined. Not when Super King Khan models his outfit after vintage, Adam West, Batman and fights evil/causes mayhem with condiments, and not when Jesus squirts wine out of his eyes. Keep that all in mind when King Khan says his band is now refined. For King Khan and the Shrines, being refined still leaves plenty of room for them to be the king jesters of the garage rock underground.