Warning: "continue" targeting switch is equivalent to "break". Did you mean to use "continue 2"? in /nfs/c06/h01/mnt/88637/domains/blog.irockcleveland.com/html/wp-includes/pomo/plural-forms.php on line 210
 I Rock Cleveland I Rock Cleveland | Moving Pictures: “You Don’t Care About Me” by Wesley Bright & The Hi-Lites

Moving Pictures: “You Don’t Care About Me” by Wesley Bright & The Hi-Lites 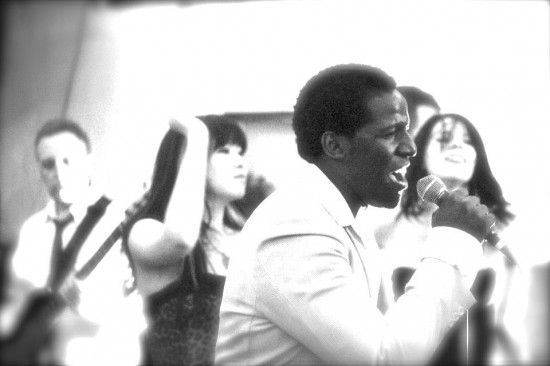 True story. I had the pleasure of opening for Wesley Bright & The Hi-Lites first shows in Cleveland during the 2012 Waterloo Arts Fest. I was there to play records between bands in the Beachland Tavern. My set wasn’t very memorable. I played some rock, punk, and garage and sucked down some Bell’s Oberon. People came and went. I didn’t know who Wesley Bright was and I didn’t know what the Hi-Lites did. However, once that man and that band took the stage, it was evident they had something special going on.

The Tavern began to fill as the sounds of classic soul filled the room. Bright had a smile that said, “C’mon, let’s dance.” A natural performer, he never stopped smiling and he never stopped grooving as the temperature got hotter. And wouldn’t you know it? They followed Bright. They were young and old and black and white and they followed his every move. Those people who weren’t dancing would come up to me at the DJ booth, and ask who is that man? I didn’t know. I had to ask local soul expert, Mark Ledy of the Beachland. Wesley Bright from Akron. People remembered the name and they kept coming back.

Fast forward a year, and the Northern Soul dance craze that is Wesley Bright and the Hi-Lites can fill the Beachland Ballroom. Watch for yourself and it’s easy to see why.

Not only is Bright brilliant in his role, but his backing band, the Hi-Lites, picked from some of the finest in Akron, are with him every step of the way as the band cruises through classics, obscurities, and originals like the new single, “You Don’t Care About Me.”

There’s a full length from Wesley Bright and the Hi-Lites coming later this year. There will be more shows, including one coming up at the Happy Dog on Saturday, June 8th. There will be more smiles and more dancing, too. If the man and the band can keep this up, who knows what the future will hold. Word of mouth has already made them stars in Northeast, Ohio, and as they continue to spread their soul across Midwest, it’s seems a given that the craze will follow.