Warning: "continue" targeting switch is equivalent to "break". Did you mean to use "continue 2"? in /nfs/c06/h01/mnt/88637/domains/blog.irockcleveland.com/html/wp-includes/pomo/plural-forms.php on line 210
 I Rock Cleveland I Rock Cleveland | Jam Packed Wednesday feat. The Julie Ruin, Neko Case, Superchunk, and King Khan and the Shrines 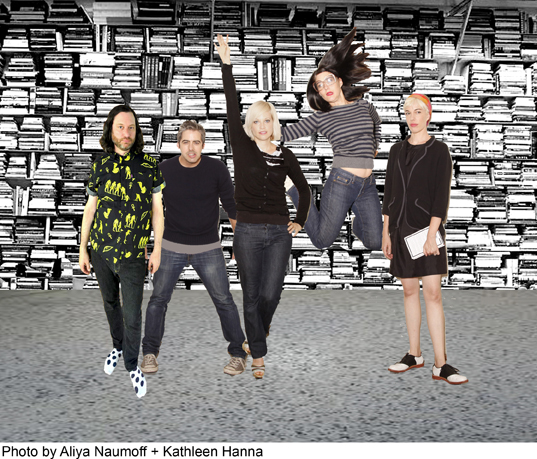 At first, listening to The Julie Ruin’s new single, “Oh Come On,” felt like homework. It’s Kathleen Hanna’s new band. Of Bikini Kill…The woman practically invented riot girl rock. And, being someone who likes to think he knows something about rock, I should give this a listen, right?. Sure, the guitars are crunchy. Hanna’s snarls test the limits of microphone tech. It’s still there. However, I wasn’t sold until the background singers came in with the least uninspired, “Oh Come On,” ever. It’s like they shot for vintage girl group and got teenage daughters who didn’t want to do their homework instead. The juxtaposition of just that little bit is brilliant and leads me to believe Hanna has more, much more to say. “Oh Come On” will be on The Julie Ruin’s new album, Run Fast, due out September 3rd on TJR Records.

Who out there expected Neko Case’s the first track to be released from Neko Case’s first album since 2009’s Middle Cyclone to be an uptempo rocker with feedback and solos? I’m not complaining one bit. We all know the woman can sing, but it’s nice to hear that big, blustery voice of hers used to drop F bombs instead of the usual, albeit usual as in stunning, way she sings those sweeping ballads. Case’s latest, entitled, The Worse Things Get, the Harder I Fight, the Harder I Fight, the More I Love You, will be released September 3rd on Anti- Records.

Superchunk’s “FOH” is power pop played at a pogo tempo. Superchunk have been doing songs like “FOH” for years with the same slithering guitars, the same bursts of static-charged feedback, the same bursting vein on vocalist Mac McCaughan’s forehead as every word is a strain, and, honestly, at this stage in their careers, I’m fine with Superchunk being reliable like that. Superchunk’s 10th studio album, I Hate Music, will be released August 20th on Merge Records and I’m buying.

Also coming due out in the coming months on Merge (9.3), is Idle No More, the new album by the garage rock, show-band, supreme, King Khan and the Shrines. We’ve already heard a surprisingly sweet turn at British Invasion pop with “Bite My Tongue,” and now we have something entirely different to get our ears around — the ’60s San Francisco hippie scene on speed (and with soul) sound of “Born to Die.” This man is on(to) something. I’m quite sure of it.