Warning: "continue" targeting switch is equivalent to "break". Did you mean to use "continue 2"? in /nfs/c06/h01/mnt/88637/domains/blog.irockcleveland.com/html/wp-includes/pomo/plural-forms.php on line 210
 I Rock Cleveland I Rock Cleveland | Some Things You May Not Know About Public Image Ltd’s First Issue

Call it a list if you must, but an unnumbered one, about Public Image Ltd’s First Issue. 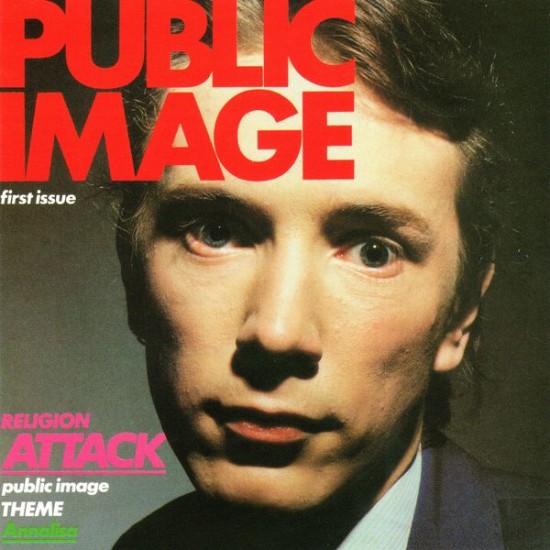 * Public Image Ltd’s debut album, First Issue, was never officially released in the United States, on any format, until Light in the Attic put together their 2013 archival release. (Light in the Attic)

* Are you fucking kidding me?

* Jah Wobble also beat up the assistant engineer of the album. Consequently the band was banned from Wessex Studios (Wikipedia)

I’ve had questions asked of me as direct as ‘What do you think of the fact that The Edge ripped off your sound?’ and I just say ‘Good luck to him’. Some people say ‘A lot of people use your sound. Do you resent their position as opposed to yours?’ Actually I don’t, I put it down to good taste

The single “Public Image” was widely seen as diatribe against Malcolm McLaren and his perceived manipulation of Lydon during his career with the Sex Pistols. The track “Low Life” (with its accusatory lyrics of “Egomaniac traitor”, “You fell in love with your ego” and “Bourgeoisie anarchist”) has also been regarded as an attack on McLaren, although Lydon has stated that the lyrics refer to Sid Vicious.

But even with all of the calculated controversy seemingly built into the various cuts on First Issue, none attracted quite so much attention as “Fodderstompf.” Faced with a serious shortage of material to fill out the album and with its release date looming, Public Image Limited decided to conclude the project with a track 12:55 in length, consisting of no more than a disco beat, chattering synthesizers, a bassline, and Jah Wobble singing, shouting, and screaming the phrase “we only wanted to be loved” in a joke voice. Rock critics savaged the song as a deliberate attempt to rip off the public, but it became hugely popular at the Studio 54 disco in New York; the drag queens and hipsters sang and screamed right along with Wobble out loud on the dancefloor — nothing like that had ever happened at Studio 54. As it is perhaps the earliest extended dance mix that has little to do with disco or dub, it is apparent that “Fodderstompf” is an obvious precursor to the acid house and techno that began to evolve in the mid-’80s, although it is seldom accredited that distinction.

* Let’s not shit ourselves. Out of the entirety of First Issue, Fodderstompf is the least essential, and unfortunately, the longest cut.

* Although fighting money woes at the time, the video for “Public Image” was self-financed by the band. (Trouser Press via Fodderstompf)

* Did you see those clothes? The band’s sartorial choices also became a point of contention. (Trouser Press via Fodderstompf)

* Early reviews weren’t kind. To the single, or the album. From NME on “Public Image:”

It’s a shame, but Rotten will probably end up around I988 like Iggy Pop, being touted around by some businessman on the strength of the outrageous band he used to be with, making offbeat records that impress a certain section of art-groupies and trying to play it straight to young audiences who were too young to be touched when he was good and now just want to see him hurt himself with cigarettes. Never mind, thanks for the memories

Pete Silverton, writing for Sounds liked the album cover, and that’s it.

* Speaking of getting ripped off, the Allmusic review also pointed out similarities between First Issue’s “Annalisa” and Nirvana’s “Radio Friendly Unit Shifter.”

* Considering the troubles Lydon was having with the industry at the time of First Issue (the band were managing and booking themselves, while Lydon was suing McLaren), and considering the stress Nirvana’s Kurt Cobain was under during the recording of his second album, the similarities between the two may not be a coincidence.

* 2013 is a much better year for First Issue. Not only is it finally getting issued in the United States, but the band’s blend of dub, punk, and noise rock, so off-putting to critics and the record-buying public in 1978, sounds right today. Wobble plays his bass with the force of a Miami Bass Machine, but his lines are nimble, too. Lydon, is unpredictable, of course, and, a little indulgent. Levene’s guitar work, meanwhile, should be cited as influential, whether Edge ripped him off or not, as most would not come to recognize his racket as music until the hip kids in NYC picked up on it in the ’80s.