Warning: "continue" targeting switch is equivalent to "break". Did you mean to use "continue 2"? in /nfs/c06/h01/mnt/88637/domains/blog.irockcleveland.com/html/wp-includes/pomo/plural-forms.php on line 210
 I Rock Cleveland I Rock Cleveland | Moving Pictures: “Stuck On Explode” by Filmstrip 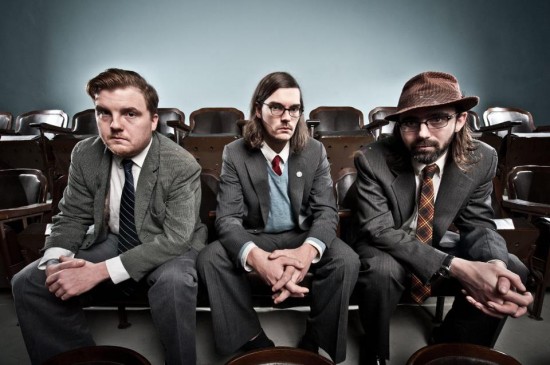 “Stuck On Explode,” comes from Moments of Matter, Filmstrip’s, forthcoming, second album, and shows a trio who have undergone tremendous growth. If this track had been released 20 years ago, during the time when anything vaguely grungy got the notice of major labels, Filmstrip would have a regional, if not national hit on their hands with A&R reps elbowing each other at their gigs.

Even in 2013, its merits are obvious, from the sly, winding guitar work to the clean production, and the keen sense of control the trio displays. “Stuck on Explode” sounds if it could explode into a fury of guitar crunch and uneasy feedback at any moment. Others would have certainly taken the more obvious route. And, others would have a lesser song on their hands.