Warning: "continue" targeting switch is equivalent to "break". Did you mean to use "continue 2"? in /nfs/c06/h01/mnt/88637/domains/blog.irockcleveland.com/html/wp-includes/pomo/plural-forms.php on line 210
 I Rock Cleveland I Rock Cleveland | The Rockometer: More Light by Primal Scream 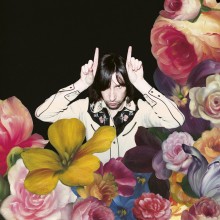 Every ten years or so, Primal Scream sounds like the most vital rock band in all the lands. During the off years, I can take ’em or leave ’em, but mostly leave them for someone else to listen to before I invest my own time.

My Wikipedia edit of the Primal Scream discography completely omits 1994’s Give Out But Don’t Give Up, 2006’s Riot City Blues and 2008’s Beautiful Future. Two more albums, 1997’s Vanishing Point and 2002’s Evil Heat are relegated to the footnotes. And, up there on top, in a bold, extra big font are the three albums that matter: 1991’s Screamadelica, a timely groove of an album incorporating both classic, psychedelic rock and the Madchester dance pop scene, 2000’s XTRMNTR a pointed and political album of driving electronic rock featuring master blaster guitar and production by My Bloddy Valentine’s Kevin Shields, and, now, thirteen years since the band truly mattered, we have More Light, a diverse work which combines what’s worked the best during the course of their career.

Lead single and opening track, “2013,” features both the return of Shields and his fluid and woozy guitar work and Gillespie’s social awareness. The lyrics read like a hastily written Occupy manifesto, as loosely related lines like “Every generation buys the lies, just like the one before,” and “What happened to the voices of dissent/Getting rich I guess” are strung together and shouted as soon as they come to mind. It’s followed by “River of Pan,” a soothing, drug fueled groove similar to the Trainspotting theme on Vanishing Point. Later, “Elimination Blues,” stretches a vibe in the same vein to even spacier places, as sparse drumming and a bluesy, five-note guitar melody are more than content to repeat themselves for as long as it takes to cleanse the mind.

Later, the band’s slumbering aggression reappears on tracks like “Turn Each Other Out” and “Relativity,” only to be balanced by the equal, opposite force of “It’s Alright, It’s OK,” a reminder of both Screamadelica’s lasting legacy and the value of escapism in the midst of a life’s worth of heavy times.

Through it all, Primal Scream shows itself as a focused band who should and does know better from the winding ways of their past, able to nimbly replicate and update those traits which made them special in the first place. Only once, do they show their age in a negative way. On “Culturecide,” Gillespie raves about something called a neutron bomb. I’ve heard of suicide bombs, dirty bombs, pressure cooker bombs and underwear bombs, but a neutron bomb? Is this something we should we should be worried about in 2013? It sounds awfully Cold War to me, like something Ronald Reagen would have saved us from some 30 years ago.