Warning: "continue" targeting switch is equivalent to "break". Did you mean to use "continue 2"? in /nfs/c06/h01/mnt/88637/domains/blog.irockcleveland.com/html/wp-includes/pomo/plural-forms.php on line 210
 I Rock Cleveland I Rock Cleveland | The Rockometer: Sunbather by Deafheaven

The Rockometer: Sunbather by Deafheaven 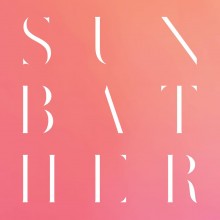 Let’s talk about screaming, and more specifically how screaming in heavy music compares to other popular vocal styles in indie rock.

As indie rock fans, we’ve learned to accept all kinds of bad vocalists. Joanna Newsome sounds like a weary, Keebler elf who just put in an overtime shift making cookies. Steven Malkmus of Pavement whines. J Mascis of Dinosaur, Jr and Kyle Thomas of King Tuff both sing as if they have incurable sinus conditions. Mac McCaughan of Superchunk is the petulant and permanent teenager who never gets his way. No one can understand a word uttered by either Bjork or Thom Yorke and Sigur Ros use their own, made up language, for Pete’s sake. But screaming? Oh, can’t put up with screaming.

Screaming is our topic of the day because there’s this difficult to classify band called Deafheaven, some call them black metal and others call them shoegaze, and they just happened to release this album, Sunbather, which by all rights should be on top of the shopping list for fans of Jesu, My Bloody Valentine, Mogwai, or Godspeed You! Black Emperor.

There’s just one catch. One of Deafheaven’s founders, vocalist George Clarke, screams as if his throat’s been slashed by an unkind shard of broken glass and a 300 lb man is attempting to stop the gushing with the bottom of his boot. For those who don’t find themselves venturing out into the world of metal very often, this sound of a man trying to sing at the top of his lungs as he lays bleeding under a big boot can be unsettling, to say the least.

It’s not that I don’t get it, should you choose not to listen to Deafheaven because of the vocals. I do get it. I understand the aversion. Screaming is close to screamo, and screamo reminds you of that time in 1999 you went to see All My Girlfriends Die in Horrible Fires and secretly liked it. We all have musical skeletons like that. I’m a big fan of Third Eye Blind’s debut album. But that one time you liked All My Girlfriends Die in Horrible Fires in 1999 shouldn’t keep you from listening to Deafheaven, today, for what these dudes can do with guitar, bass, drums, and other electronic doodads is nothing short of amazing. When the music starts, they transform from just some dudes shredding into what sounds like an entire symphony of hard rockers on guitar, bass, drum, violin, viola and cello.

The loudness! The majesty! Underneath an omnipresent rumble of what can only be described as a thunder machine, but not attributed to any recognizable instrument in the liner notes, guitarist Kerry McCoy alternates between the showmanship of Metallica, the wobble of My Bloddy Valentine, the ecstasy of Edge, and the whimsy of Johnny Marr. The drums, meanwhile, operate so swiftly you’ll swear they were either programmed or performed by a man with eight arms. Again, the liner notes provide no evidence of either.

The virtuosity! Just when you think you Deafheaven pegged, they turn off the thunder machine and offer up a serene soundscape. Are you getting comfortable? Good. It’s rage time again, as drums tumble like an army of fists and guitars grind in both valor and agony.

The screaming! Really, it makes sense. With music this intense a whiner wouldn’t sound right and neither would one of those indie rock dudes with a stuffy nose nor one of those non-serious, made up words types. You really need someone to match the musical intensity and that someone really has to scream like his last breath depends on it.