Warning: "continue" targeting switch is equivalent to "break". Did you mean to use "continue 2"? in /nfs/c06/h01/mnt/88637/domains/blog.irockcleveland.com/html/wp-includes/pomo/plural-forms.php on line 210
 I Rock Cleveland I Rock Cleveland | Thursday Jam Pack with No Age, Scott and Charlene’s Wedding, Superchunk, and Joanna Gruesome 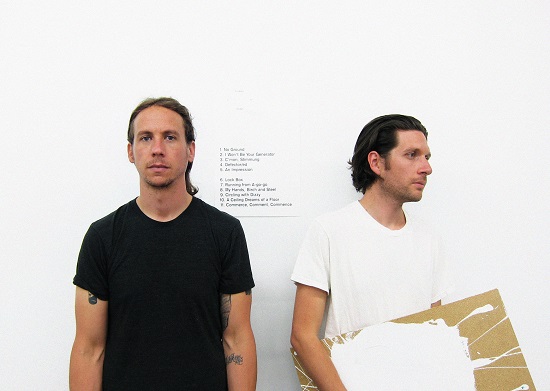 With, “An Impression,” the second track to be officially released off of No Age’s An Impression, prior to album’s 8/20 release on Sub Pop, it’s becoming increasingly clear that the LA duo were serious about their back to basics approach. The first preview, “C’Mon Stimmung” was a shredder in the vein of their early single, “Teen Creeps.” Now, its follow up, finds the band revisiting the gentle whooshes and evocative moods of the more atmospheric slices from their debut singles collection, Weirdo Rippers.

There just something about Scottt Dermody of Scott and Charlene’s Wedding, and the way he sings as if he gives zero shits and arranges his songs as if he gives zero shits, and laments about his wayward life, that all of those negatives become one big reason to tune in.  Comparisons to Pavement are apt. Any Port in a Storm by Scott and Charlene’s Wedding is due out this coming Tuesday, July 23rd on Fire Records.

You know that moment in a movie, or a tv show, where the character will act all sly as they say the program’s title, as if that title got in the script by accident. That’s Superchunk’s new single, “Me & You & Jackie Mitoo.” The first words out of Mac McCaughan’s mouth, in between some slick ’80s, Rick Springfield guitar work, are “I Hate Music.” We have album title and we have another gem of a rocker from the long-running Chapel Hill band. Superchunk’s I Hate Music will be out on Merge Records on August 20th.

Joanna Gruesome? As in Joanna Gruesome who rhymes with Joanna Newsom, who happens to be my least favorite artist in the indieverse? Of course this band’s getting a spin on I Rock Cleveland.

Turns out this Welsh band with an awesome name has a new record coming out on Slumberland Records on September 10th, and the way they mix pop with grittier sounds on “Secret Surprise,” means I may end up liking them more than for the awesome name. Either way, they’ve got a friend in I Rock Cleveland.