Warning: "continue" targeting switch is equivalent to "break". Did you mean to use "continue 2"? in /nfs/c06/h01/mnt/88637/domains/blog.irockcleveland.com/html/wp-includes/pomo/plural-forms.php on line 210
 I Rock Cleveland I Rock Cleveland | Hot Fun in the Summer Time: Phosphorescent Live at the Rock Hall

Hot Fun in the Summer Time: Phosphorescent Live at the Rock Hall 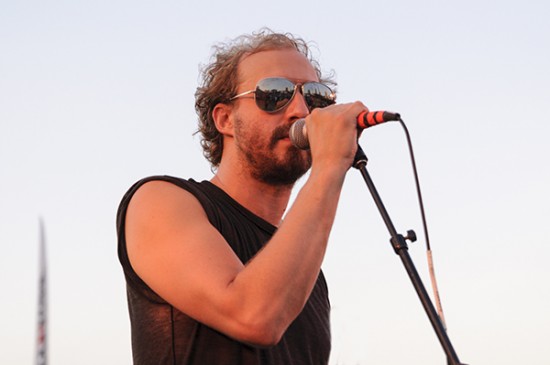 These free summer gigs put on by The Rock and Roll Hall of Fame are always a good time. There’s street eats parked outside the hall, where you can get yourself a curry, and cold, albeit pricey beer on the other side of the temporary fencing set up along the plaza. The crowds are surprisingly attentive and appreciative for a free event. Plus, the planners of these events do a fine job of pulling in quality talent. Even if you’ve never heard of the band set to highlight a given night, chances are you’ll enjoy what you hear. At least I’d like to think Matthew Houck and Phosphorescent picked up some new fans on Wednesday night. They deserved it. 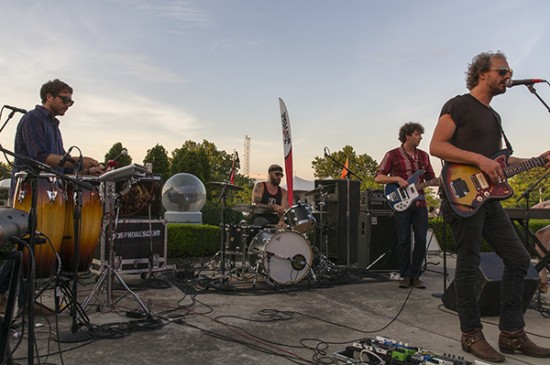 Dressed all in black and with policeman shades and a sleeveless tee, Houck was relaxed and cheerful as he took the stage. In the sweltering, summer heat, calm and relaxed weren’t givens.

On either side of him was a keyboard player. One, had the look of a rockabilly survivor with short-cropped hair and tattoos running up and down his arms while the other had the appearance of your typical indie girl in high-waisted shorts. The drummer, meanwhile, with a bandana and Tecate tank, sported the appearance of a Mexican soccer supporter.

While neither the bassist nor the second percussionist stood out visually, their plainness in the midst of such a diverse group still managed to reinforce both the band’s wide-ranging mastery of roots music and Houck’s own personal background of being an Alabama transplant living in NYC. 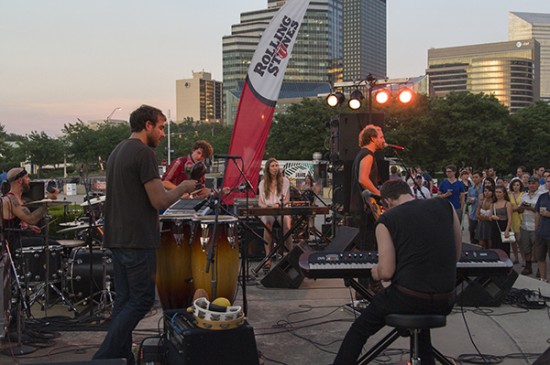 Houck’s personal journey was even more apparent once the music kicked in. On record, “A Picture of Our Torn Up Praise,” from Phosphorescent’s 2007 album, Pride, exhibited casual references to Southern spirituals and the tribal sounds of Sub-Saharan Africa. This night, it was played in the style of a classic country waltz.

Houck’s sandy voice is pliable enough to pull off such tricks. While he often uses the inflection of a Nashville lifer, he doesn’t use the exaggerated accent. Consequently, more modern compositions, like “Song for Zulu,” don’t come off as cheap or gimmicky even if they have beats big enough to lead a line dance. 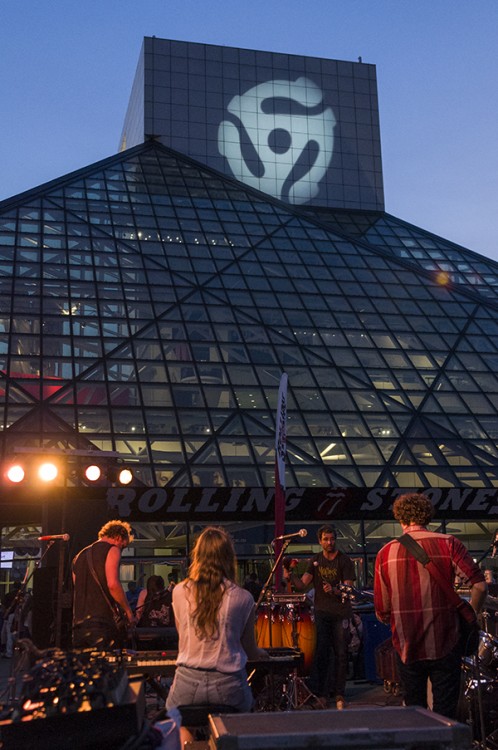 Yet, as impressive as Phosphorescent was as a band, and believe you me, when those two keyboard players got locked in a duel and Houck turned his back to jam, the band did capital JAM, the evening’s highlight was also the night’s quietest moment. After dismissing the rest of the band, it was just Houck alone on the stage with his electric guitar and his dozen effects pedals at his feet for closing nuumber, “Wolves.” One by one, his vocals were recorded and repeated, at first into simple harmonies, live Houck singing low and recorded Houck singing high. As the number of loops increased, however, one could hear howls and growls and sirens. It was strange and beautiful and a fitting end to a night where Phosphorescent mixed old roots and new methods with stunning, natural ease. 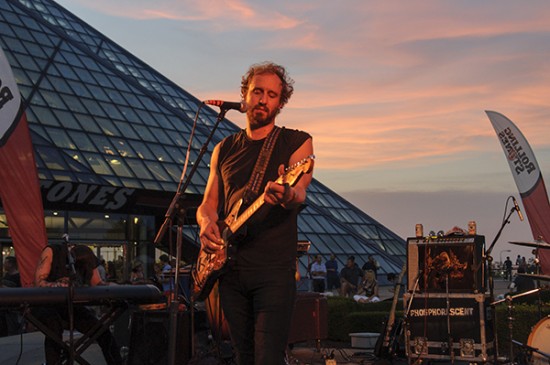