Warning: "continue" targeting switch is equivalent to "break". Did you mean to use "continue 2"? in /nfs/c06/h01/mnt/88637/domains/blog.irockcleveland.com/html/wp-includes/pomo/plural-forms.php on line 210
 I Rock Cleveland I Rock Cleveland | 2013 Pitchfork Music Festival: Daughn Gibson 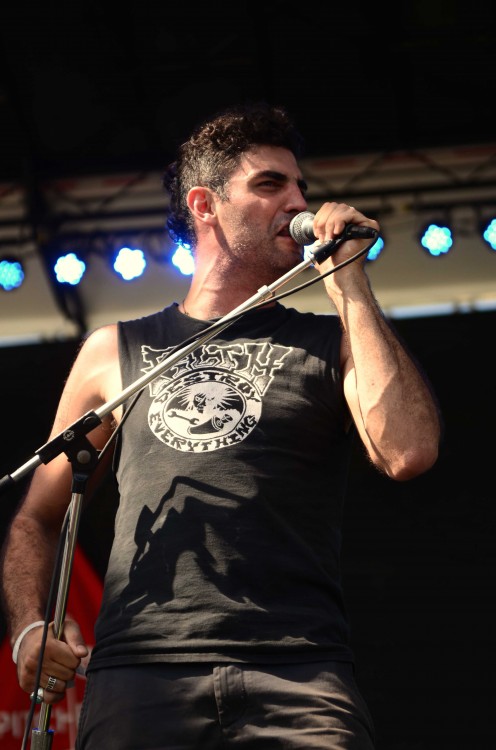 Midway through his early Friday set at the 2013 Pitchfork Music Festival, Daughn Gibson shared some of that country charm of his with the old colloquialism, “It’s hotter than a two-peckered billy goat.” Yep, the man was right. As Gibson and his band took the stage late Friday afternoon, the temperature was still pushing the high ’90s at Union Park in Chicago. Oh, it wasn’t a dry heat, one of those heats people who like heat say isn’t that hot. No, it was one of those heats which sucked the life right out of any and every exposed body.

The brave souls walked up the front of the stage. The smarter ones, stayed back in the shade. Gibson was a gamer. He strode up to the microphone, all in black, a black bandana in his back pocket. Then, with the stature of a man fronting a metal band, he dropped an F bomb in his deep, bellowing voice and led his three man band through the honky-tonk, electronics of “The Sound of Law.”

During earlier tours, it was only Gibson and a guitarist on stage. This new set up with a live drummer even gave his ballads, like “In the Beginning” and “A Young Girl’s World,” more thump and more bump than their recorded counterparts. It wasn’t until later in the set, however, when Gibson played a song about his favorite dive, aptly named, “Kissin’ on the Blacktop,” that his power truly came into focus. Here, the metal man and his intimidating pose, the country man with a voice like the original man in black, and the modern musician with samples at his fingertips, whipped up the joint with a big beat and blazing steel guitar. 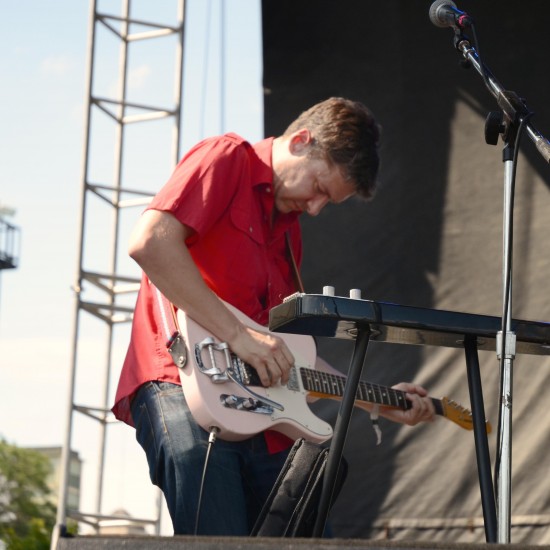 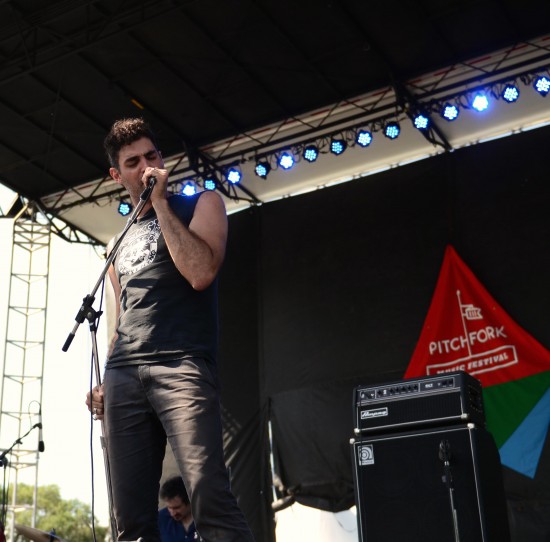