Warning: "continue" targeting switch is equivalent to "break". Did you mean to use "continue 2"? in /nfs/c06/h01/mnt/88637/domains/blog.irockcleveland.com/html/wp-includes/pomo/plural-forms.php on line 210
 I Rock Cleveland I Rock Cleveland | 2013 Pitchfork Music Festival: …And You Will Know Us By the Trail of Dead

2013 Pitchfork Music Festival: …And You Will Know Us By the Trail of Dead 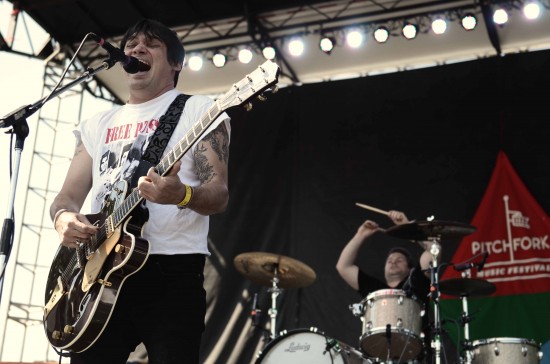 Everyone, Trail of Dead. Trail of Dead, this is everyone at the 2013 Pitchfork Music Festival gathered on this sunny Saturday at Chicago’s Union Park.

Introductions shouldn’t be necessary when your band has a record firmly established in the indie rock canon, like …And You Will Know Us by the Trail of Dead’s 2002 masterpiece, Source Tags and Codes. But this Texas punk band, fond of the soft and loud style of Sonic Youth and the start and stop style a band like At the Drive In, went through a period where their prog tendencies got the better of them. As pointed aggression was replaced with excessive noodling, fewer and fewer people paid attention. 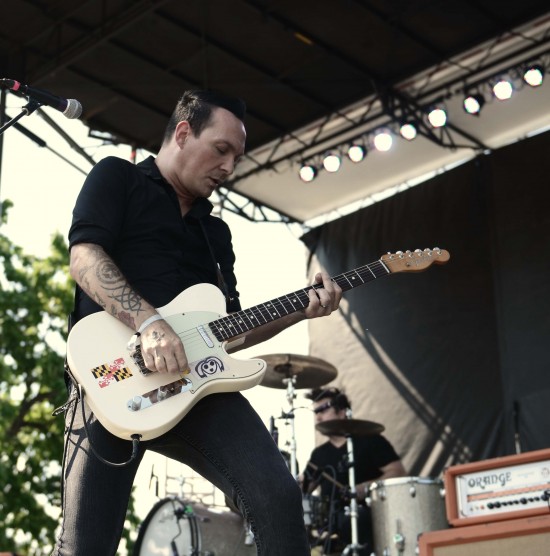 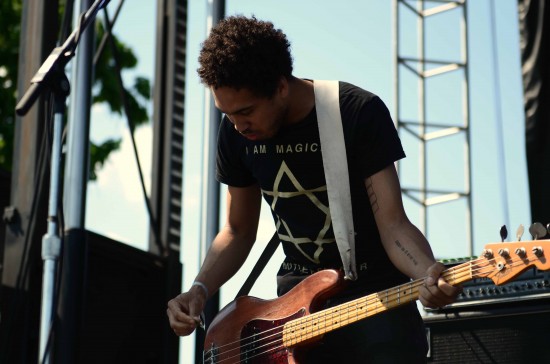 Smartly, Saturday’s set drew heavily from Source Tags and Codes and their most recent record, 2012’s Lost Songs, a release rightfully labeled as a return to form. Even so, it took Trail of Dead a couple songs to get those vocal chords loose and everyone on the same page. They’ve never been ones content with straight 4/4 bashing, and they experienced some slight rhythmic trips during “It Was There That I Saw You” and “How Near, How Far.”

By the time they hit mid-set, however, and “Another Morning Stoner,” nothing could stop this band. Guitarists Conrad Keely and Jason Reece were trading screams. Drummer, Jamie Miller blasted his kit with long swimmer’s strokes. And, bassist, Autry Fulbright II did this move where he turned his back to the crowd, then bent in practically in half, without missing a note. Even “Caterwaul,” from their critically divisive album, World’s Apart, ripped. Musicianship and rage don’t have to be mutually exclusive. There’s a middle ground where you can still head bang to the bass drum and kick to the big riffs and be smart about it. Trail of Dead have found it again. 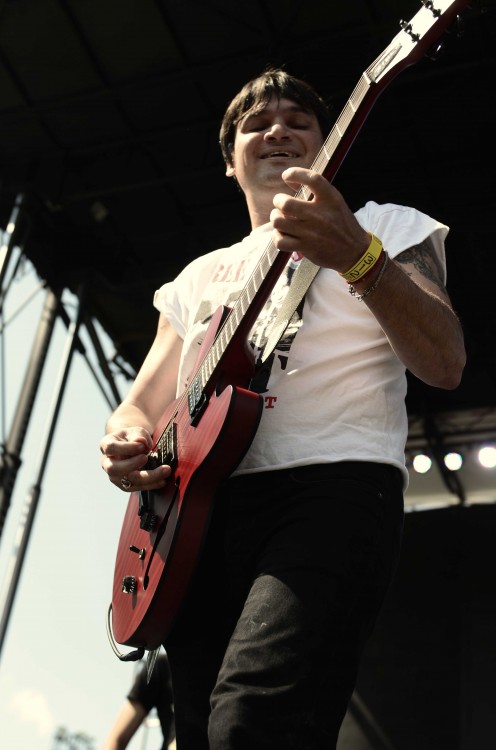