Warning: "continue" targeting switch is equivalent to "break". Did you mean to use "continue 2"? in /nfs/c06/h01/mnt/88637/domains/blog.irockcleveland.com/html/wp-includes/pomo/plural-forms.php on line 210
 I Rock Cleveland I Rock Cleveland | 2013 Pitchfork Music Festival: Pissed Jeans 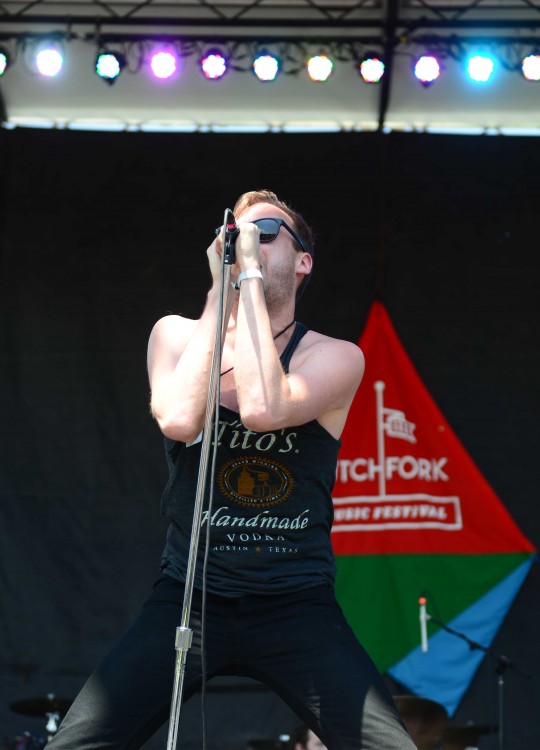 There’s a track on the Pissed Jeans 2013 release, Honeys, where lead growler Matt Korvette, growls, of course, about online dating. He growls, “You’re different in person,” with such a menace that a bad date becomes an experience on par with finding a dead pet with a sticky note, “Sorry, I killed your pet.” To which I reply, yes, Matt, you are different in person.

In interviews, Korvette comes off like a completely reasonable man, needlessly hassled by everyday life, simply trying to find his way through his 30s. He works a mindless cubicle job and sometimes he plays in a rock band called Pissed Jeans. On stage, however, he transforms into raging fucking maniac, convulsing like a circus’ amazing bending man with epilepsy, on par with some of rock’s most notorious neurotics, like the Jesus Lizard’s David Yow. 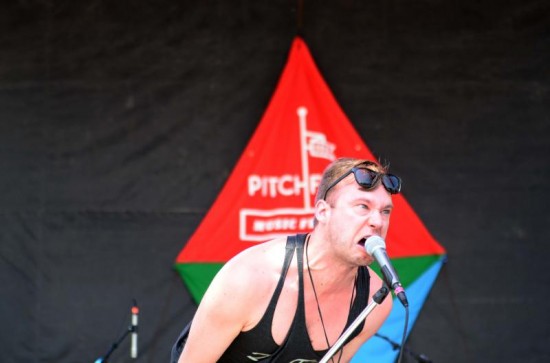 On Saturday, Korvette’s banter ranged between sarcastic and just plain mean. Before the first song he bragged about getting Bjork money and the Belle and Sebastian money to be the second band on a main stage. Later, when his guitarist had some gear troubles, he joked how he always wanted to fire that dude and now he has his chance. It’s for the better. Now the check only has to get split three ways. To the photographers, he barked: “Get out of here! You’re not real fans! You weren’t even singing along!” And, too one of the festival’s sponsors, Tito’s Vodka, Korvette had this to say, “If you’re going to drink irresponsibly, make it a Tito’s.”

Being a dick does have it bonuses. For one, Pissed Jeans’ frustration rock, a mix of punk, metal, early Sub Pop and vintage Am-Rep, with only the slightest splash of melody, wouldn’t sound right if Korvette was polite. When music is that brutal and bludgeoning, it needs a dick out front to make it all work. Plus, listen to the topics he sings about. On “Cat House,” Korvette rants about allergies at dinner parties. On, “Cafeteria Food,” his targets are suits trying to make small talk. Who hasn’t wanted to scream about the suits in the corner offices? Korvette has a point. Those suits are assholes. When it all comes together — the banging low-end, the spitting rants, and something you can sing to, like the garbled “Yeah, yeah, yeahs” of “False Jesii Pt. 2,” it’s all pretty sweet, in a fuck this world and everyone on it kind of way. 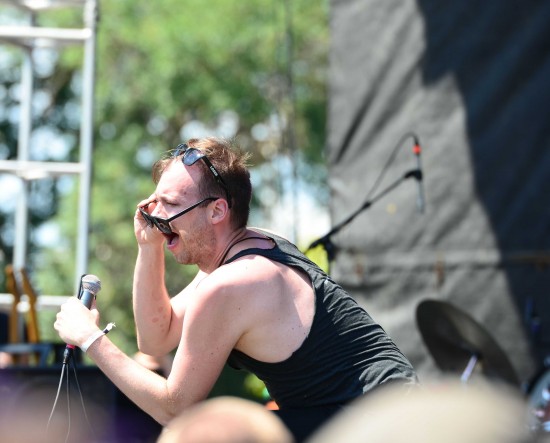