Warning: "continue" targeting switch is equivalent to "break". Did you mean to use "continue 2"? in /nfs/c06/h01/mnt/88637/domains/blog.irockcleveland.com/html/wp-includes/pomo/plural-forms.php on line 210
 I Rock Cleveland I Rock Cleveland | 2013 Pitchfork Music Festival: Savages 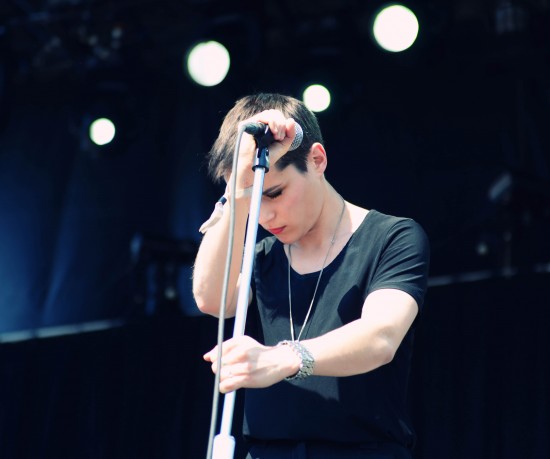 Who turned on the lights? The four women of Savages, all dressed in black slacks and black tops, all thin and all as pale as the day they were born, save bassist Ayse Hassan, whose genes prevented her from being blindingly white, looked like a band out of place this Saturday on the sun-drenched Red Stage of the Pitchfork Music Festival.

The demeanor of lead vocalist, Jehnny Beth, only furthered this point. She had tight eyes with a steel gaze. She meant business. There was no formal hello. No, “It’s great to be here today.” Three songs in, she mumbled, “Alright, let’s get loose.” Later, she would blankly state, “This song is called fuckers,” in an accented voice which would have her cast as a villain in an American action movie. There was no joke in her voice. 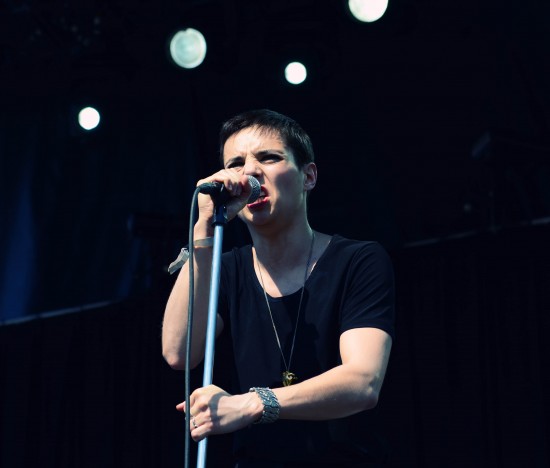 You see, Savages are in the business of being musicians, and for this young, English post-punk band, business has been really good. Practically out of nowhere, they filled music rags with tales of their intense live shows. Their debut album, Silence Yourself, received similar raves. So, why mess with what works? 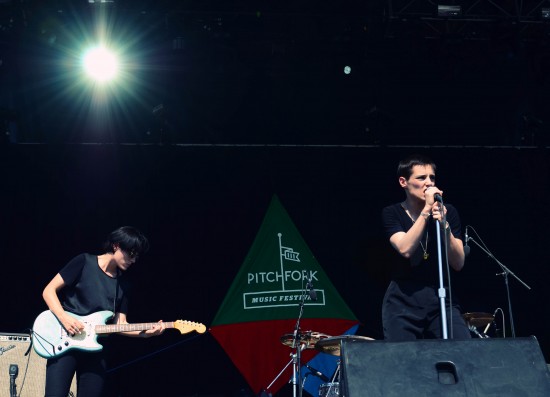 Beth was locked in from her first high-pitched shriek. When she wasn’t strangling the mic stand of its last ounce of life, she would retreat and casually sway her arms to the rhythm section. Bassist, Ayse Hassan was precise. Drummer, Fay Milton, drummed so hard she was flying out of her seat. More sandbags to the stage, please. Guitarist, Gemma Thompson, meanwhile, had reverb on top of her reverb, giving her tone a floating, spectral quality. It was hard to turn away.

Savages are a band to watch, and not only because they made gothic, post-punk hip again, or because they are one of the few all-female bands who truly rock, either. In watching this band, one gets the sense that there’s far more to them than what they choose to reveal on stage. Their future is even brighter and more compelling than their now, and their now is nothing short of essential. 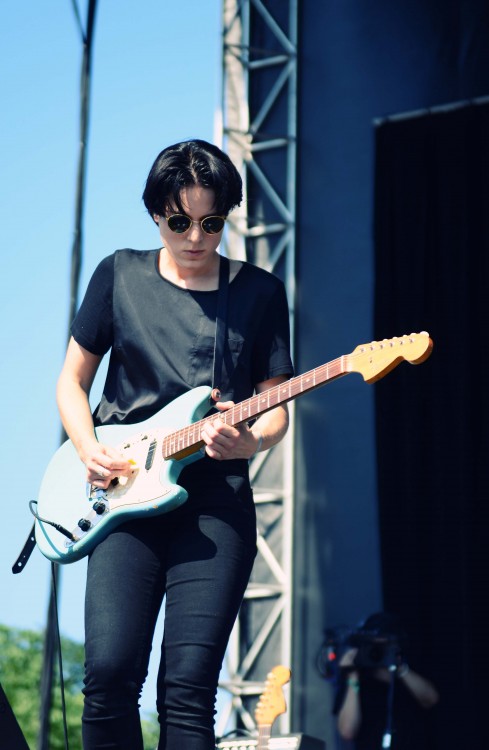 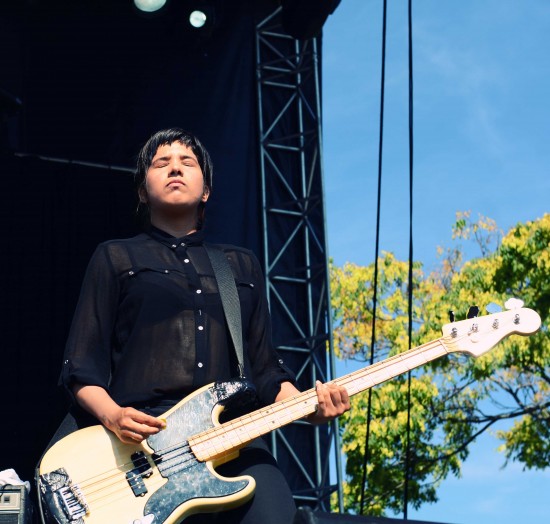 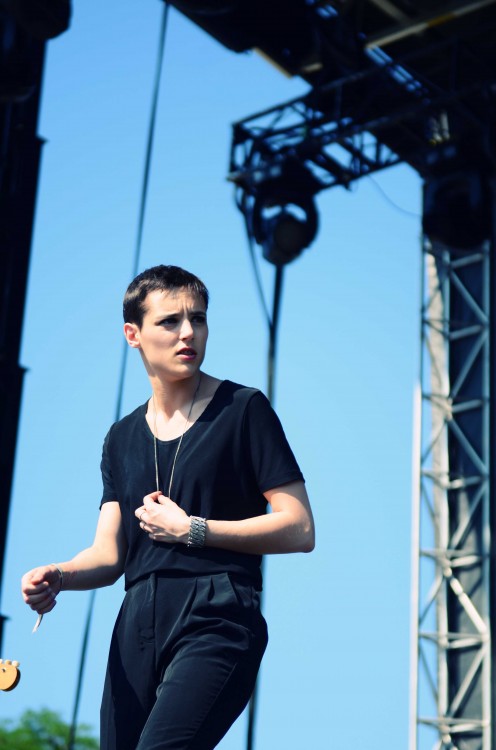