Warning: "continue" targeting switch is equivalent to "break". Did you mean to use "continue 2"? in /nfs/c06/h01/mnt/88637/domains/blog.irockcleveland.com/html/wp-includes/pomo/plural-forms.php on line 210
 I Rock Cleveland I Rock Cleveland | 2013 Pitchfork Music Festival: The Breeders Play Last Splash 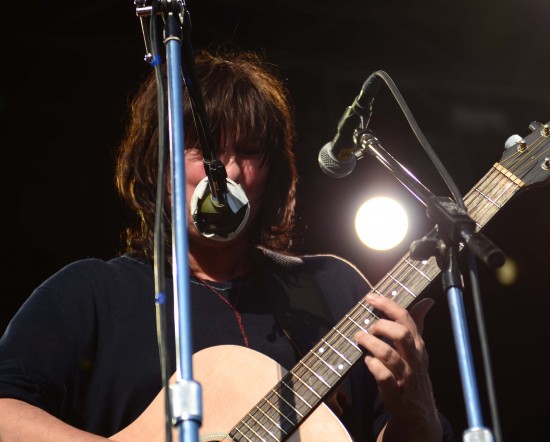 The difference between the Breeders today, on Saturday’s main stage of the Pitchfork Music Festival, and the Breeders of, let’s say just three years ago, extended beyond the line-up. Sure, surrounding Kim Deal on stage was her sister Kelly, Josephine Wiggs on bass, and Jim McPherson on drums, basically everyone responsible for their 1993 breakthrough album, Last Splash. But there was a bigger difference between The Breeders then and now: Kim was having fun. You could see it in her smile and you could hear it as she and the band began their set with a fuzzed out cover of “Shocker in Gloomtown” by Guided by Voices.

Granted, The Breeders never stopped playing their hits, “Cannonball,” “Divine Hammer,” and “Saints,” from Last Splash on tour. Today, however, they played them with some extra oomph. Once “Cannonball” transitioned from that part where the drums go clickety-click, to that part where Kim’s screaming along to big, buzzy guitar riffs, the thirty-somethings began to pogo like 20 years hadn’t passed. The younger ones were dancing, too. Even a haphazardly paced set, with multiple delays as they played Last Splash from front to back, couldn’t kill the good vibes emanating from Kim Deal.

Oh, your guitar isn’t working right? Go on, Kim, take your time and get that fixed. Josephine, you have to wipe Jim’s sweat off of the bass? That’s cool. Jim is a sweaty man.

There was plenty surf-rock, jangle pop, and a-oooh-waahs to go ’round. And it was a blast. If you were Kim Deal wouldn’t you ditch your other job with The Pixies, too? Playing with Frank Black had to seem like such a drag compared to this. 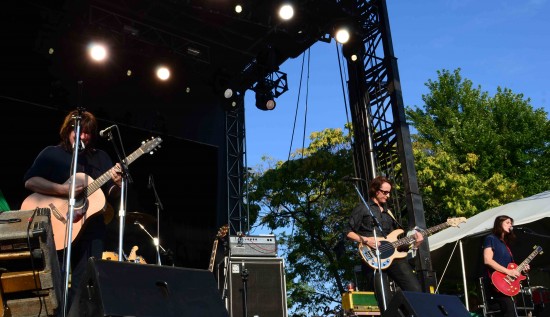 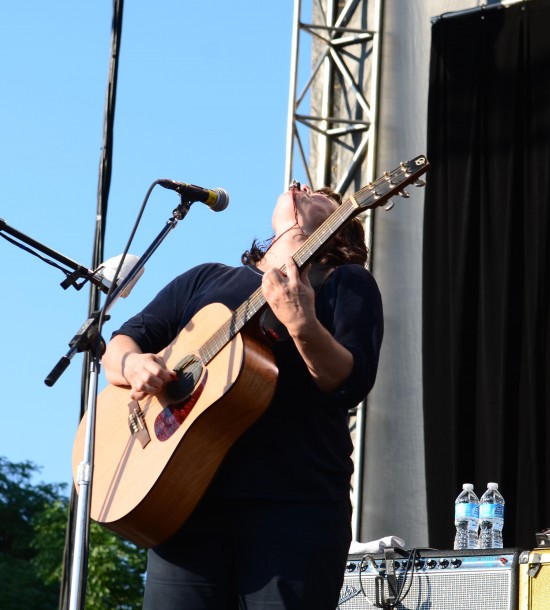 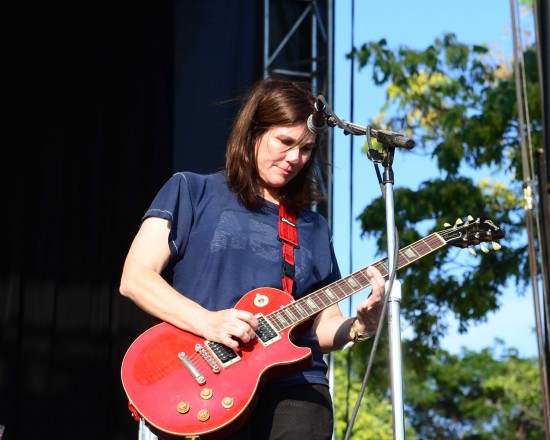