Warning: "continue" targeting switch is equivalent to "break". Did you mean to use "continue 2"? in /nfs/c06/h01/mnt/88637/domains/blog.irockcleveland.com/html/wp-includes/pomo/plural-forms.php on line 210
 I Rock Cleveland I Rock Cleveland | Jam Pack Tuesday with Windhand, Factory Floor, His Electro Blue Voice, and PJ Harvey 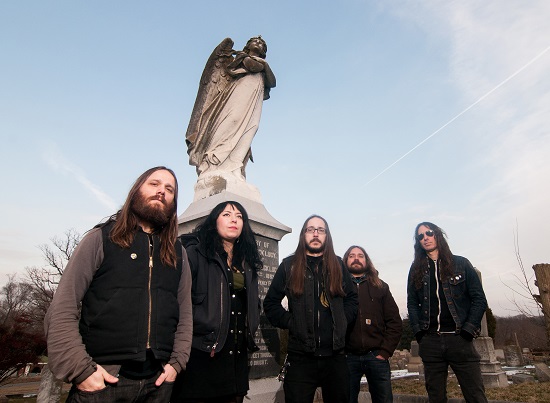 Located squarely between ’90s grunge (the first wave, the good stuff) and modern doom metal, “Woodbine,” by Richmond, Virginia longhairs, Windhand, is two tons of barbells and cement blocks, all-caps HEAVY. It’s almost too heavy for a recording, MP3 stream or otherwise. The low end, especially, nearly crumbles underneath its massive weight. Yet, Windhand manage to slug and trudge their way through, delivering an abundance of massive riffs in the process. It certainly doesn’t hurt when you have a singer who’s a dead-ringer for the late, Layne Stayley of Alice in Chains, either. Windhand’s latest album, Soma, will be out 9.17 on Relapse Records.

The UK electronic outfit Factory Floor have long been critical favorites. Personally, I’ve been hooked ever since I saw their scene-stealing show at ATP NJ in the fall of 2011. But, what do the people, the real people, the type who comment on the internet, think of this band who play disco like they’re in a post-punk band, post-punk like they’re in an industrial rock band and industrial rock like a disco band. The users of SoundCloud have this to say about, “Turn It Up,” the latest track to be featured from their self-titled debut (9.10 on DFA):

I’d likely be more eloquent in my own comment, but the sentiment is the same. This one is nuuuts.

Speaking of debut records of the especially stoked to hear kind, His Electro Blue Voice have their new, nicely titled one, Ruthless Sperm, coming out August 20th on Sub Pop. “Born Tired.” I accidentally looked at the SoundCloud comments for this one, too, but couldn’t get past the one which read something like, “Hey, Nirvana’s got a new song out.” That person was clever, more clever than me.

Yes, HEBV will hit the sweet spot for those who don’t find grunge to be a dirty word. It’ll also pull in fans of old Touch and Go and AmRep records, too. For the younger ones out there, songs like “Born Tired,” are a reminder that rock songs can still thrill with a solid foundation in the classics and slight variations along the way.

When we last heard from PJ Harvey, she was pitting her words against centuries of English wars with her modern protest-folk album, Let England Shake. Two years on, and she hasn’t lost that fire. Her new target is the plight of British citizen, Shaker Aamer, a man in the unfortunate situation of being caught up in a post-9/11 terror sweep and never being charged of a crime. He’s currently being held indefinitely at the soul-sucking haven of freedom called Guantanomo Bay and recently took part in a four-month hunger strike. Oh, and he was cleared to be released six fucking years ago. This song is important. PJ Harvey’s cause is important. Ask yourself, are we safer with this man behind bars? Are we safer with the NSA sniffing every piece of electronic data they can find? It’s about time people realize the harsh realities of our new security state.