Warning: "continue" targeting switch is equivalent to "break". Did you mean to use "continue 2"? in /nfs/c06/h01/mnt/88637/domains/blog.irockcleveland.com/html/wp-includes/pomo/plural-forms.php on line 210
 I Rock Cleveland I Rock Cleveland | Off the Record: What I Did On My Summer Vacation

Off the Record: What I Did On My Summer Vacation 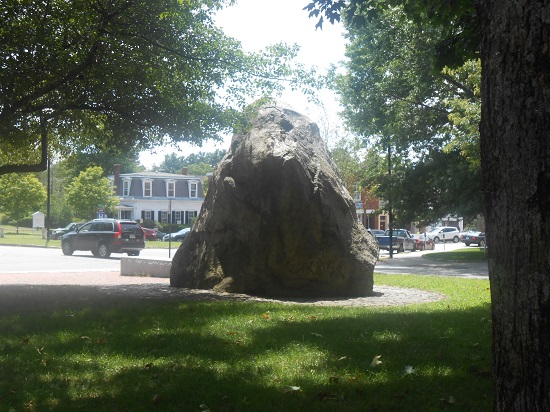 To be honest, I have no idea what this rock located in the center of Concord, Mass’s Monument Square is supposed to symbolize. I have my own theories. They involve Paul Revere and a sword stuck in the stone, Paul Revere triumphantly removing the sword from the stone, and Paul Revere riding for glory through the streets of Boston with a now flaming sword and that flaming sword lopping the heads off of the British. I could be wrong.

On a different level, the Revere Stone (that’s my name for it and I’m sticking with it) also symbolizes the first time I was truly able to relax in months.

2013 has been a bitch. It started with my dearest and most awesome grandmother passing. A couple months later, both of my parents were facing their own serious medical diagnoses. They were diagnosed with a stroke (dad) and cancer (mom) within 24 hours.

Then, there was work. For the past nine months I’d been working my arse off as the only dedicated database developer on a major software release. Burn-out doesn’t even come close.

I needed this week in Boston. I needed a week of time with some close friends whom I don’t see nearly enough and, just as much, I needed time with me and my bicycle exploring the streets of Boston and its western suburbs.

On Wednesday, I got in a 40 mile bike ride and saw the famous Revere Stone. I didn’t see Walden Pond, Emerson’s house of Longfellow’s house. Those were my destinations before I biked three miles east before realizing I wanted to head west on the Minuteman commuter bikeway and before my carefully plotted directions broke down at the western edge of the Minuteman. At that point, not bonking became more important than literary history, even if some of that history included the original YOLO, Henry David Thoreau.

On Thursday, I took the bike out for Cambridge and Sommerville, visited Harvard Square and four record stores. I picked up a couple Sinead O’Connor records, Bob Mould’s Workbook, an Unsane 7″ and this sweet Mary Lou Lord record. As far as souvenirs go, It sure beats a “Wicked Pissah” t-shirt or a “Green Monstah” t-shirt. Lord just happened to get her start busking along Boston’s Red Line and the record, itself, has this sweet cover of Daniel Johnston’s “Speeding Motorcycle.”

Thursday night, I made it to Fenway for a Sox game, fell a couple beers short of a wicked pissah, and left before the Sox rallied in the ninth. 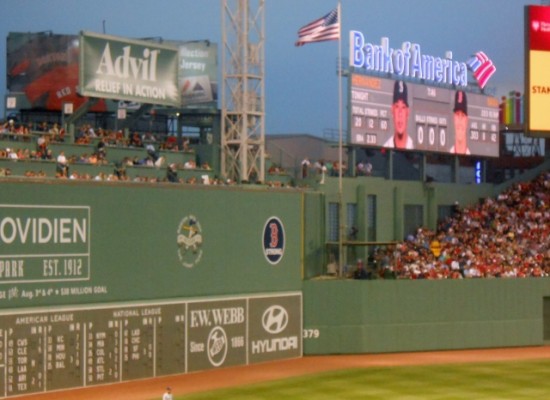 Friday, I left the bicycle at home and took the T into Cambridge for lunch at the Middle East. The Pumpkin Kibby was ace. The veggie gravy could have use a little more spice. When Thin Lizzy came on the jukebox, the bland gravy hardly mattered. Anywhere you can get a quality vegetarian meal and listen to Thin Lizzy gets five stars in my travel guide.

Saturday morning, I got in another short ride along the Minuteman. My destination was this joint called Ride, a combination bike shop and cafe: 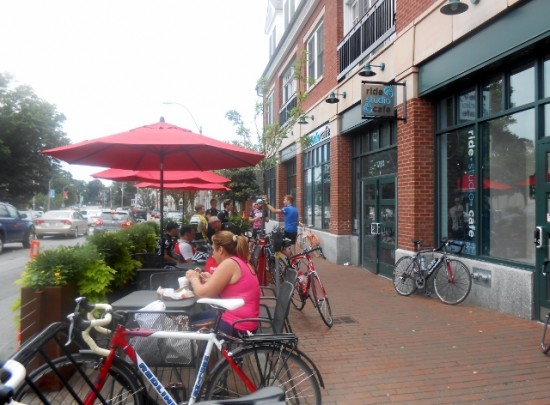 Although there was a little too much spandex for comfort adorning the cafe’s patrons, I have to say it was another sign that I was at the right place at the right time. 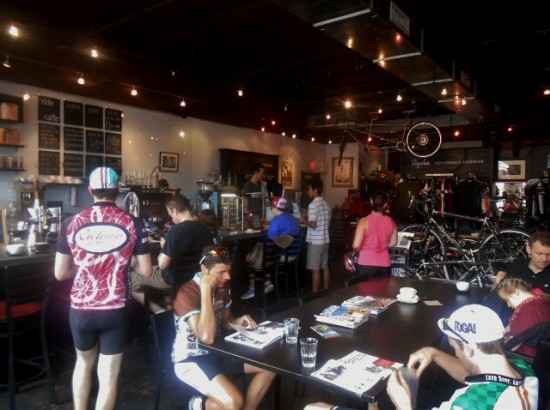 After a quick pour-over of the Kenyan variety, it was back to the B&B, or at least what I’m referring to as the B&B, but was actually the home of my friends Mike and Megan and their two crazy, wonderful children. The wicked pissah propah was about to begin with a trip to Sommerville and some candlepin bowling.

I won’t bore you with the details of the wicked pissah. I will say, however, that I was with seven of the best friends this earth has ever spit out and the wheres and hows manys weren’t as important as the whos. I was happy.