Warning: "continue" targeting switch is equivalent to "break". Did you mean to use "continue 2"? in /nfs/c06/h01/mnt/88637/domains/blog.irockcleveland.com/html/wp-includes/pomo/plural-forms.php on line 210
 I Rock Cleveland I Rock Cleveland | The Rockometer: Slow Focus by Fuck Buttons 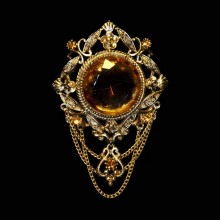 Remember that time the music of Fuck Buttons was used during the opening ceremonies of the 2012 London Summer Olympics? Remember how your twitter feed lit up with “Aw, shit is that Fuck Buttons in the Olympics” tweets? That was pretty sweet.

At the time it was shocking to think a band with such an inappropriate name could be featured during a global event. Now, thinking back to that day, it makes much more sense, especially after processing their latest effort, Slow Focus.

While the duo of Andrew Hung and Benjamin John Power are uncompromising in their approach — they coax sounds out of a slapdash assortment of electronics which have no business being used in 2013 (most famously, they used the child’s toy, Mr Microphone, as a vocal filter on earlier efforts), the resulting melodies aren’t always gripping as they ought to be. When their music isn’t creating vivid imagery, they need something like a parade of the young and fit, or the commercial glitz of a new silver sedan, to guide the listener along their vision.

Lead single, “The Red Wing,” can stand on its own. It’s like old man Fatboy Slim drunk and the purple drank. The bass is sturdier and the tempo is more of a stomp than a throb, yet it has all the whistles and tweets necessary for a dancefloor filler.

Otherwise, the album falls in between the uncomfortable middle ground between ambient electronic and big-crescendo instrumental rock — Too busy for oms, and not startling enough for ahhs.

If Slow Focus were a traditional rock record made my a traditional rock band, I’d say they were stuck in the mid-tempo hell of dad rock, unable or unwilling to aspire to anything more than pleasant enough for ear buds when you’re doing other stuff. Their invention is the only thing saving them from such a sorry designation.